Last week, Iran attacked two US military sites in Iraq. Now, a week later, one thing has become unmistakably clear: The US and Iran only barely avoided a potentially devastating war.

That prompted the Pentagon, following a week of administration assurances that the US had suffered no casualties, to admit there were indeed victims of the Islamic Republic’s assault.

Those service members from al-Asad airbase in Iraq were “treated for concussion symptoms from the blast and are still being assessed” in Germany and Kuwait, Capt. Bill Uriarte, a spokesperson for US Central Command, said in a Thursday night statement sent to reporters.

“When deemed fit for duty, the service members are expected to return to Iraq following screening. The health and welfare of our personnel is a top priority and we will not discuss any individual’s medical status,” he added.

President Donald Trump’s clear red line with Iran was that its military or regional proxies couldn’t kill an American. If they did, the US would respond forcefully. He followed through on that red line in late December after a Tehran-backed proxy militia killed a US contractor in Iraq, prompting the president to strike five of the group’s sites, leaving 25 members dead and another 50 injured.

And after members of that same militia — Kata’ib Hezbollah — surrounded and breached the US Embassy in Baghdad on New Year’s Eve, setting the front reception room ablaze, Trump opted to kill top Iranian military leader Qassem Soleimani on January 2.

Six days later, Iran responded with its own counterstrike, launching 16 missiles at the al-Asad airbase and another site in Iraq’s north.

Thankfully, no one died in the attack — leading many to speculate that Iran had purposely tried to avoid killing anyone to try to limit the potential US response.

But many experts, including Army Gen. Mark Milley, the Joint Chiefs chair, are now convinced Iran did aim to kill US troops.

“It certainly seems that Iran’s intent was different than earlier estimates,” says Dan Shapiro, who served as the US ambassador to Israel from 2011 to 2017, “and there was a serious possibility of deaths of US troops.”

It appears the two reasons everyone stayed alive was because of US intelligence and a warning from Iraq to Iran about the incoming missiles that enabled US and Iraqi forces to quickly take precautions, such as hunkering down in bunkers.

Tehran’s hour-long assault, though, did extensive damage, including to a helicopter and some tents. But that evidently wasn’t enough to cross Trump’s red line again.

Through intermediaries, the Iranian regime got a message to Trump that that was it and no further response was imminent.

The president therefore decided to stand down, declaring on Twitter that night that “All is well!”

But let’s stop here for a minute. Imagine that US troops in Iraq hadn’t protected themselves well enough, or that Iran’s missiles hit more populated targets. They might have been killed, and Trump would have had almost no choice but to escalate a dangerous tit-for-tat with the Islamic Republic. At that point, little could have been done to keep both sides from spiraling toward a larger, more brutal conflict. It is nothing short of pure fortune, then, that allowed everyone to walk back from the brink.

“The more that comes out, the more it looks like we got incredibly lucky in avoiding a war,” Ilan Goldenberg, an Iran expert at the Center for a New American Security think tank in Washington, told me.

We may not be so lucky next time

Importantly, neither side seems to want an all-out war, and they’re both doing what they can to avoid one. But as witnessed earlier this month, it’s easy to stumble into one anyway.

What’s more, both governments remain diametrically opposed in their policy positions: The US will keep crushing sanctions on Iran’s economy until it ceases its support for terrorism, building missiles, and developing its nuclear work; Iran, on the other hand, doesn’t want to look like it’s caving to the pressure by coming to the negotiating table. Those stances have led to heated relations in the aftermath of the Iranian attack.

The Trump administration announced more sanctions on January 10, partly in response to the missile strikes. Four days later, the three Western European powers that are party to the 2015 nuclear deal —France, Germany, and the UK — formally warned Iran they believed the country wasn’t abiding by the agreement’s nuclear restrictions.

According to the Washington Post, the Europeans delivered that message under threat from Trump: If the three countries didn’t condemn Iran, then America would place 25 percent tariffs on their automotive sectors.

The Islamic Republic hasn’t taken kindly to those moves. On Thursday, Iranian President Hassan Rouhani said his country is now enriching uranium at a higher level than before the nuclear deal restricted that activity, although experts are unclear how true that claim is. After all, it would require a near quadrupling of the nation’s enrichment in roughly a month, which is hard to do when not that many of the country’s centrifuges are in operation.

And then on Friday, Iranian Supreme Leader Ali Khamenei delivered a harsh rebuke to Trump and his government during a sermon at Friday prayers. “These American clowns lie in utter viciousness that they stand with the Iranian people,” he said. “If you are standing by the Iranian people, it is only to stab them in the heart with your venomous daggers.”

Animosities, then, haven’t gone away, and there’s still a good chance Iran will respond in the future, either with more missile strikes, a cyberattack, or even an assassination attempt on a top US official. Trump, again, would be nearly compelled to retaliate, ramping up the cycle of violence once more.

Which means that the chance of war is low for now, but it could certainly rise again. And next time, we may not be so lucky. 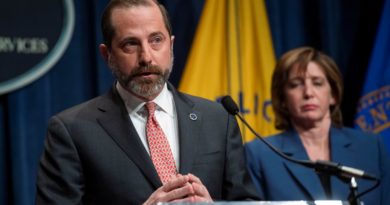 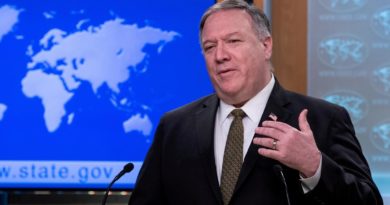