The prime minister of Italy has joined hundreds of mourners at the funeral for a young black man whose death in a violent street attack has shocked the country.

Willy Monteiro Duarte, 21, died after being kicked and punched when he tried to help a friend being attacked in the town of Colleferro on the outskirts of Rome, according to local news reports.

Four Italian men have been arrested but prosecutors have not yet indicated whether there was any racial motive for the attack on 6 September.

Premier Giuseppe Conte said earlier this week that the tragic death of Mr Duarte, who was born in Rome to parents from the African island nation of Cape Verde, had “struck me deeply”.

“It left me shocked,” he added. “A boy who had recently crossed the threshold of 20 years, was studying and working, fully lived his passions, his emotions. He cultivated his dreams and was probably exposed to the many uncertainties that worry young people intent on building their own future in personal and professional life.

“Suddenly, a deaf and unmotivated violence came upon him.”

The prime minister added that “justice will certainly run its course… we trust that certain and severe sentences will soon be reached.”

He attended the funeral on Saturday with interior minister Luciana Lamorgese along with a crowd of mourners wearing white shirts and face masks. Many clapped in respect as Mr Duarte’s casket was carried out.

“We must look ourselves in the eye and become fully aware that there are some pockets of society and fringes of the population that cultivate the mythology of violence and oppression,” Conte told the crowd after the funeral on Saturday.

He then embraced Mr Duarte’s mother and father, Lucia and Armando, and his sister, Milena, and said, “Italy is with you, it loves you.”

The prime minister later posted a picture on Facebook of white balloons released at the funeral, adding: “To Willy we have addressed today the moving thoughts of an entire country. In Paliano, the entire community clearly stated that there is no violence capable of overwhelming the example of a generous life.”

Italy’s World Cup winner Bruno Conti, now the head of youth football at Serie A football team AS Roma also attended the funeral, along with young players from the academy, to pay his respects to Mr Duarte, who had dreamed of playing for the team.

The club has announced it will dedicate its school anti-bullying programme, ‘A Scuola di Tifo’, to his memory throughout the 2020-21 season. 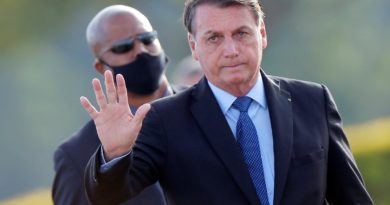 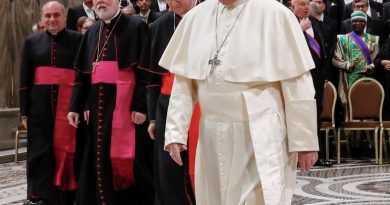 Pope appeals to U.S. and Iran to pursue dialogue, self-restraint