At least three people have been killed in the Afghan capital Kabul on Saturday after several rockets hit residential areas.

Tariq Arian, spokesman for the Ministry of Interior, said three civilians had been killed in the attack and 11 wounded, but a health ministry official said five bodies and 21 injured were taken to the hospital from the incident.

According to Mr Arian, “terrorists” mounted the rockets in a small truck and set them off, adding that the investigation is ongoing to find out how the vehicle came inside the city.

“This morning, the terrorists fired 14 rockets on the city of Kabul,” the interior ministry spokesman said.

“Unfortunately the rockets hit residential areas. Until now, three of our countrymen were martyred and 11 others were wounded.”

He added that two small “sticky bomb” explosions hit a police car, killing one policeman and wounding three others.

Damaged cars and a hole in the side of a building were seen on videos and images circulating on social media, posted by residents.

The insurgency recently pledged not to attack urban areas under terms of a US withdrawal deal though the Kabul administration have continued to place blame with the Taliban for other recent attacks in the capital.

The explosions come ahead of scheduled meetings between US secretary of state, Mike Pompeo, negotiators from the Taliban and the Afghan government in Doha on Saturday with a breakthrough in talks expected to be announced in the next few days.

Attacks from the Taliban and other extremist groups have been on the rise since peace talks between the Afghan government and the Taliban stalled after launching in September.

Meanwhile, the Pentagon said last week that it would pull around 2,000 troops out of Afghanistan, ahead of a February agreement between Washington and the Taliban that prepared for a full US withdrawal in mid-2021.

President-elect Joe Biden has also advocated withdrawing from the Afghanistan war although analysts think it will not so soon as the timetable suggests.

Earlier this month, in an attack claimed by the Taliban, several gunmen stormed the campus of Kabul University, killing at least 35 and wounding more than 50. 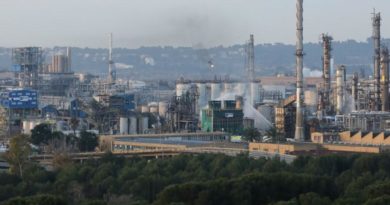 Flying metal from Spanish factory blast may have killed man 2km away: authorities

How Europe’s economies have been impacted by lockdowns

Coronavirus: US hospitals to take drastic measures to help hospitals cope with Covid-19