The slide occurred Wednesday in a mine tunnel about 20 meters (65 feet) deep at Tanjung Lalang village in Muara Enim district of South Sumatra province, according to National Disaster Mitigation Agency spokesman Raditya Jati.

Rescuers have recovered all the bodies.

Seasonal rains and high tides in recent days have caused dozens of landslides and widespread flooding across much of Indonesia, a chain of 17,000 islands where millions of people live in mountainous areas or near fertile flood plains close to rivers.

Indonesia’s Meteorology, Climatology and Geophysics Agency said the area could see light to moderate rainfall for the next three days.

Most parts of Indonesia have entered the rainy season this October. In addition, the La Nina phenomenon in the Pacific Ocean can set off intense rainfall across the islands. 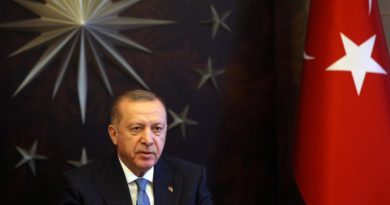 Coronavirus is the first test for AI, robots, and drones that can prevent pandemics