Despite pleas by health officials to stay home over the holiday, long lines have formed at coronavirus testing centres across the US ahead of Thanksgiving, as some people insist on travelling.

With cases of Covid-19 soaring across the country, overwhelming hospitals in several states, the recommendation of the Centers for Disease Control and Prevention is for people to not travel and instead celebrate only with people in their own household

Commercial testing labs are warning that capacity is now being stretched. The US is now testing over 1.5 million people per day — double the number in July.

CNN affiliate stations in Chicago, Boston, and Seattle, all report people sitting in cars for hours and solidly-booked appointment schedules.

In New York, lines trailed down multiple city blocks, and in Los Angeles thousands lined up for drive-thru testing at Dodger Stadium.

Some experts say that to really quell the spread of the virus more than four million tests should be conducted daily, according to the Associated Press.

While the capacity exists to do that, current levels of testing are straining already chronically short supplies of specialised chemicals and equipment.

A lack of any national coordination for testing means a vast tapestry of differing requirements and advice nationwide.

The CDC says that only people with symptoms or who have been in contact with someone with Covid-19 should be tested.

However, in many places, anyone who requests a test can have one without an appointment in what is termed “surveillance testing”.

Doctor’s offices, urgent care centres, pharmacy chains, and hospitals all have criteria for whom they will test or at-home testing kits are another option.

For those who do not qualify for a test or cannot afford an at-home kit, government-run testing facilities are available.

The advice as to whether people should avail themselves of free testing to ignore the recommendation to not travel differs.

Seattle and San Francisco officials have asked people to not use their free testing programs in this way as resources are stretched thin.

San Francisco says to use a private provider instead, but the city’s health director, Dr Grant Colfax, has dismissed pre-travel testing as a preventative measure noting that people can test negative in the early stages of an infection.

“Please do not use testing to determine whether you can travel or not,” Dr Colfax said. “A negative test cannot be an excuse to put yourself or others at risk.”

However, elsewhere authorities are encouraging testing in the knowledge that people will ignore the recommendation not to travel and that testing could prevent some infected people from gathering with family. Similarly, colleges are asking students that choose to go home to get tested on campus first.

The CDC estimates state that 40 per cent of infections are asymptomatic, and half of the infections from one person to the next occur before symptoms begin.

The best advice remains properly quarantining for 14 days prior to any travel to remove the risk of exposure.

The total number of US cases now stands at 12 million, with 254,000 officially recorded deaths. 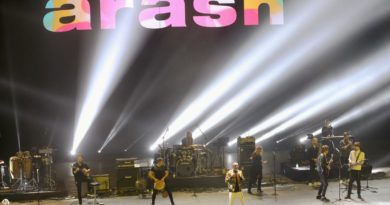 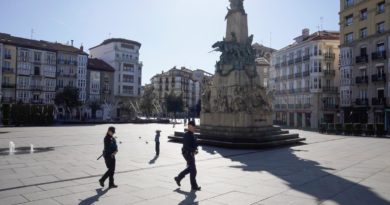