Jim Ratcliffe will bid to buy Manchester United after the Glazer formally put the club up for sale, although there remains a considerable difference between valuations.

The Ineos owner’s August comments are now seen as the start of a long negotiation process. While the Glazers want £6bn, and the Raine bank mandated to oversee any sale are expected to push for the highest price in a manner they did with Chelsea, Ratcliffe is seeking to buy it for under £5bn.

The petrochemicals billionaire already owns Nice, and the Independent can reveal that he has already been offered the chance to buy Liverpool in the last few months but turned it down in order to get the running of the French club right. Mostly influencing that was also his childhood support of United, and Ratcliffe now believes the opportunity is “too tempting and unique” to not engage in the process.

He is expected to have competition from at least two other parties, one who also attempted to buy Chelsea, but that list is expected to grow as potential buyers now announce their intentions.

The Independent has similarly been told that it was Fenway Sports Group that greatly influenced the Glazers’ surprising decision to confirm the club was for sale.

The widespread belief in football investment circles is that United have actually been for sale for months, as revealed by the Independent back in August.

A series of sources insist the Glazers felt they had to go public, as they are now effectively competing with Liverpool for a limited pool of potential buyers.

While the processes could take months, and even up to a year, those with knowledge of the situation say it is currently a “dead heat”. It is also anticipated that they will take buyers away from each other.

That appears to have already happened with Ratcliffe, who has rejected the opportunity to buy Liverpool, but is now intent on seeing whether a long-held dream to own United can finally come off. 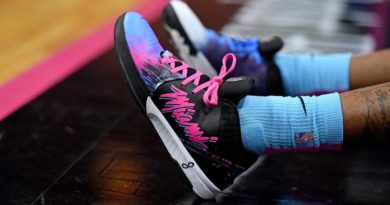 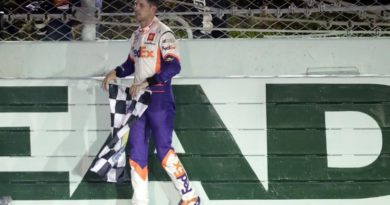 Hamlin nabs another victory in dominating fashion at Homestead