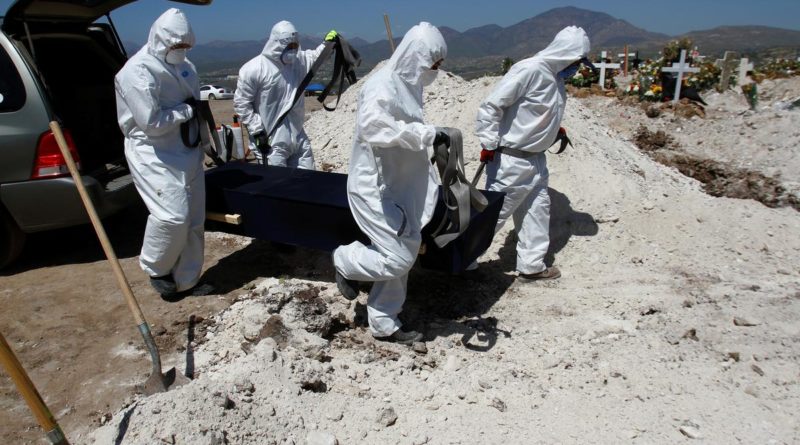 Cemetery workers wearing protective suites carry the coffin of a coronavirus victim at the municipal cemetery, amid the spread of the coronavirus disease (COVID-19), in Tijuana, Mexico April 22, 2020. REUTERS/Jorge Duenes

MEXICO CITY (Reuters) – Mexico reported on Wednesday it now has over 10,000 cases of coronavirus, the fifth-highest tally in Latin America, as containment measures and rock-bottom crude prices wreak economic havoc on the oil-producing country.

President Andres Manuel Lopez Obrador has frequently expressed optimism that Mexicans will overcome the outbreak, arguing that tight-knit families offer the best protection, even as he has balked at more aggressive stimulus measures to help both businesses and individuals.

Mexico’s economy, Latin America’s second biggest and already ailing before the outbreak, is expected to contract by as much as 10% this year.

As late as March 22, Lopez Obrador was still encouraging Mexicans to go out with their families to restaurants, while allies, including the mayor of Mexico City, began ordering the closure of movie theaters and gyms and asking residents to stay home.

Earlier this week Mexico entered into the so-called “Phase 3” of the spread of the novel coronavirus, the most serious stage, as senior health officials warned that the transmission of the virus is intensifying.

Mexico has so far registered 970 coronavirus deaths and 10,544 confirmed infections.

Across the region, only Brazil, Peru, Chile and Ecuador have more confirmed cases. 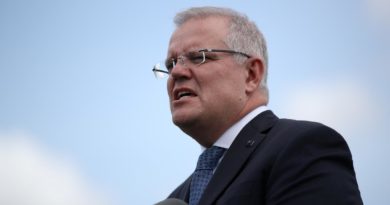