The jury decision, which came Friday at a district court in Manhattan, was the latest bad news to plague the embattled lawyer, whose fall from grace also includes a separate 36-count federal indictment.

Avenatti, a fierce critic of the president who has become a regular target for Mr Trump and his inner circle, was quickly mocked over the guilty verdict by Donald Trump Jr.

The first son called him a “shoe in for the 2064 Democratic nomination” after the verdict was announced, noting how he was considering a run for the White House in 2018.

Mr Trump Jr wrote on Friday: “I look forward to Michael’s witty twitter retorts to the jury that just found him guilty in all counts. Though I’m told he is still doing well amongst the Democrat primary contenders. #basta ​MAGA: Michael Avenatti Going Away.” 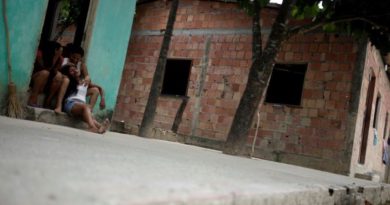 Sweden’s coronavirus strategy is risky and could backfire

Our Lady of Guadalupe School v. Morrissey-Berru is a difficult case, which raises profound questions about how much control a