(LANSING, Mich.) — Michigan Gov. Gretchen Whitmer’s decision to toughen rather than relax what already was one of the nation’s strictest stay-home orders in response to the coronavirus is hitting opposition in her home state, where Republicans who backed her moves initially are now ratcheting up their criticism.

Senate Majority Leader Mike Shirkey took to Facebook to accuse the Democratic governor and vice presidential contender of “DESTROYING OUR HEALTH BY KILLING OUR LIVELIHOODS!” GOP lawmakers and allies in the business community say certain operations — golf courses, marinas, landscaping — can operate again if they adhere to social-distancing guidelines.

Others in rural areas say the restrictions should no longer be imposed statewide when the virus is far more concentrated in the Detroit area. Michigan has at least 27,000 confirmed cases of COVID-19 and 1,768 deaths — third-most in the U.S.

Whitmer, whose administration is working on a plan to gradually get people back to work, contends far-flung communities must be on guard and she is saving lives. She says reopening some businesses now, even those with small crews like lawn-service operations, would lead to more fill-ups at gas stations where the virus can last up to three days on steel pump handles.

“The fewer people that are out and about, the less likely it can continue to spread and threaten our lives and our economy,” she said Monday.

Her latest stay-at-home order, issued last week, is scheduled to end April 30. An end-of-the month showdown with the Republican-led Legislature is looming because her states of emergency and disaster — a basis for the shelter-in-place measure — are due to expire without a legislative extension.

GOP legislators are upset because she did not align Michigan with a federal agency’s revised list of critical infrastructure, which would have allowed more people to return to work. The list is advisory and not a directive, but House Speaker Lee Chatfield says the state should transition to asking which activities are safe or unsafe rather than essential vs. nonessential.

Whitmer’s newest order has resulted in anxiety and confusion in some quarters, for example, because big-box stores were told to close areas devoted to carpet, flooring, furniture, gardens and plants — though online sales and curbside pickup are still OK.

Four people, including the owner of a lawn-care company, sued Whitmer in federal court Tuesday, alleging a violation of their constitutional rights. Two are a married couple who said they cannot return home from their Thumb-area cabin to suburban Detroit due to travel restrictions.

At least two Walmart stores temporarily stopped selling car seats in person even though Whitmer’s measure does not prohibit their sale. Conservatives shared customers’ photos of the stores’ signs on social media.

A Detroit TV station’s decision to pair footage of Whitmer signing a measure in 2019 with a virus-related story on fines for violating social-distancing orders was used by critics to falsely accuse her of failing to comply herself.

“There’s a lot of false information that is being disseminated,” she said, stressing that people can buy car seats, bug spray and American flags. “I think you need to always discern if there is political posturing going on as opposed to sharing of facts.”

Weeks after Trump personally attacked Whitmer’s handling of the crisis following her criticism of his administration’s poor planning, his campaign on Tuesday accused her of imposing “authoritarian rule” over Michigan residents. Senate Democratic Leader Jim Ananich defended Whitmer’s “strong leadership. She’s doing everything she can to keep us safe.”

The Michigan Freedom Fund, a group with ties to the DeVos family, said it spent $250 to promote the vehicle-based rally on Facebook.

Whitmer’s remarks “were false — some would call it deliberate lies — and meant to distract from the real angst that her inconsistent, confusing and arbitrary commands have caused,” said Tony Daunt, the fund’s executive director.

Whitmer on Tuesday publicly thanked Amway, a company whose board include members of the DeVos family, for donating personal protective equipment to health care facilities in western Michigan.

The Michigan Conservative Coalition, which calls its pending demonstration “Operation Gridlock,” is telling people to drive around the Capitol to show their displeasure with Whitmer.

“It’s OK to be frustrated. It’s OK to be angry,” said the governor, whose moves have been supported by physicians and health experts. “If it makes you (feel) better to direct it at me, that’s OK, too. I’ve got thick skin.” 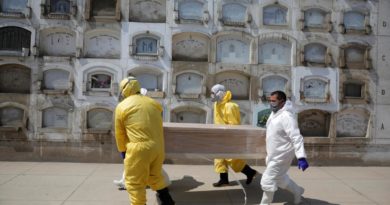 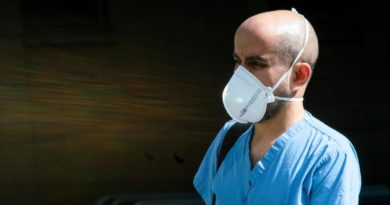 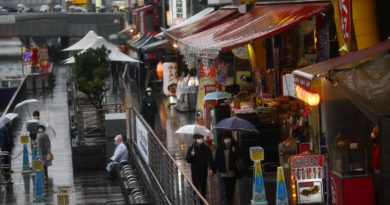