More than 200 people in Australia who spent time in quarantine facilities will be urgently screened for HIV and other blood-transmitted diseases after single-use blood testing devices were mistakenly used on multiple people.

The mistake is thought to affect 243 people whose blood glucose levels were tested using a “finger prick” device in the state of Victoria between 29 March and 20 August.

The devices can retain microscopic amounts of blood and each of them should only be used on one person to avoid contamination.

Those affected by the mistake will be contacted and will need to undergo screenings for Hepatitis B and C as well as HIV, the Victorian health agency Safer Care Victoria said in a statement on Monday.

There is no chance that the use of the same device on different people could spread coronavirus as it is not transmitted via blood, the statement added.

Prof Ann Maree Keenan, the chief executive of the health agency, said that the “the clinical risk is low”, adding that a full review into the health lapse would be conducted.

“Right now, we won’t be able to answer the many questions people will have about how this happened. Be assured that Safer Care Victoria is conducting a full review into how and why this device came to be in use,” she added.

Martin Foley, Victoria’s health minister, said on Monday that there was no evidence that anyone had been infected as a result of the clinical mistake.

Emphasising that there was “a very low risk of cross-contamination”, Mr Foley added that Safer Care Victoria had correctly chosen to get people tested for viruses such as HIV “out of an abundance of caution”.

The health minister also said that 141 people had been contacted and that 71 people had undergone testing by Monday.

Victoria is the state worst affected by Covid-19 in Australia and has recorded 90 cent of the country’s 905 deaths. 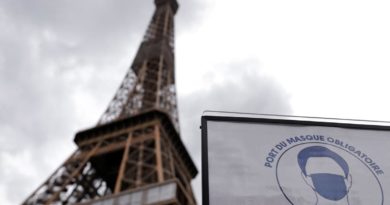