The funeral of a Florida teenager ended abruptly on Saturday afternoon after an unknown gunman fired bullets at the service, hitting the deceased’s mother.

People gathered to honour Sincere Pierce, 18, at Riverview Memorial Gardens in Cocoa, Florida – who was one of two teenage victims in the 13 November killing by a Brevard County deputy officer.

Gunfire rang out just as the pastor finished his prayers for Mr Pierce and friends and loved ones were placing flowers on his casket.

One single gunshot was heard, Florida Today reported, and then Mr Pierce’s mother, Quasheda Pierce, reportedly said she was hit by a bullet.

Mourners were slow to react before getting into their nearby cars and leaving the funeral quickly, the newspaper reported.

It was not clear if Mrs Pierce was the target of the shooting or why it occurred. She was reportedly taken to the hospital in a minivan prior to EMTs arriving on the scene.

Mr Pierce was killed alongside Angelo Crooms, 16, on 13 November during a traffic stop of what was believed to be a stolen vehicle.

Dash cam footage of the incident, released by Brevard County police five days after the incident, showed Angelo backing out of a driveway as deputies ordered several times for him to “stop the vehicle”. The car then moved in the general direction of Deputy Jafet Santiago-Miranda, who fired at the vehicle several times.

The two teenagers were taken to the hospital and later pronounced dead.

Sheriff Wayne Ivey said the deputy was “forced to fire his service weapon in an attempt to stop the deadly threat of the car from crashing into him.”

But the families’ lawyers, led by Ben Crump – who has previously represented George Floyd and Breonna Taylor among others in police brutality cases – disagree. The lawyers said the two teenagers were attempting to evade the deputies in what was a mistaken identity case.

The Florida Department of Law Enforcement was now investigating the shooting. The findings would be reported to Brevard State Attorney’s Office, where it would then be decided if any criminal charges would be filed against the deputies involved in the shooting. 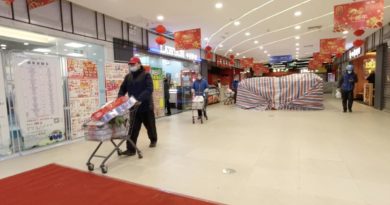