The US saw 4.8 million jobs added to its economy in June, bringing down the country’s stark unemployment rate to 11.1 per cent as the coronavirus pandemic continues to grip the nation.

Data released on Thursday by the Bureau of Labour Statistics signals that the hard-hit US job market may be slowly beginning to recover from the abrupt losses caused by the pandemic.

Donald Trump held a hastily organised statement following the news to boast of the “historic numbers” – although critics pointed out that the rise was from a historically low base and that unemployment is still at worse levels than during the depression of 2007/2008.

The historical surge in new jobs has been facilitated by the re-opening of economies across a number of states as they begin phased re-openings, and the decrease in the unemployment rate marks an improvement for the US job market for the second month running.

However, the new figures may not account for the delayed impact of the severe spike in cases recorded across the country in the last few weeks, particularly on the south and west coast.

Governors in California, Texas and Florida are being forced to roll back their re-openings as cases of the respiratory disease continue to rise incrementally, which could once again put jobs at stake.

Additionally, the 11.1 per cent unemployment figure still remains more than three times higher than the 3.5 percent unemployment rate in February before the Covid-19 outbreak gripped the US.

Over 19 million people across the country continue to rely on unemployment aid.

Speaking to reporters at the White House on Thursday morning at a quickly organised press briefing, Mr Trump said: “Our economy is roaring back.”

He added: “These are historic numbers.”

“The United States economy added almost five million jobs in the month of June, shattering all expectations. The stock market is doing extremely well … this is the largest monthly jobs gain in the history of our country.”

The president declined to take questions from the press. 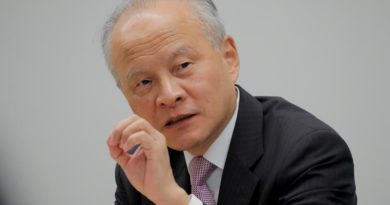