As a journalist who covers philanthropy, one of the most frequent questions I get about the coronavirus crisis is how ordinary people can help.

A couple things leap to mind. GiveDirectly is giving money to poor Americans struggling with unemployment and other hardships; you can also donate money to other public health charities helping poor countries handle a sudden surge in demand for doctors and hospitals.

Now, a bioethicist and two epidemiologists are proposing a bolder option: You can volunteer to get infected yourself.

In a recent article published in the Journal of Infectious Diseases, bioethicist Nir Eyal and epidemiologists Marc Lipsitch and Peter G. Smith called for “human challenge studies” to test the effectiveness of coronavirus vaccines as they’re developed. These studies would involve testing the vaccines on a group of volunteers who have been knowingly exposed to the novel coronavirus that causes Covid-19. The hope is that it will allow researchers to ascertain more quickly and conclusively the effectiveness of the proposed vaccine.

Human challenge studies are commonly conducted with less lethal diseases like malaria or schistosomiasis. My colleague Kelsey Piper interviewed John Beshir, a volunteer in a malaria vaccine trial, last year; Beshir is an active donor to anti-malaria charities and saw his volunteering as an extension of his monetary support for the cause.

But malaria, if properly treated, has a low death rate for young and healthy people (that it still kills hundreds of thousands of people every year is partially a reflection of the poor availability of treatment in heavily affected African countries). Covid-19 is different. About 0.66 percent of people who are infected die from the disease. And while a recent study showed that death rates are much lower for younger people (0.03 percent for people in their 20s) the data on which it’s based is from the early stages of the Chinese outbreak in February. There’s still a lot we don’t know about the disease and its lethality.

Activist Josh Morrison, whom I know from his day job advocating for living kidney donors (like me), has started a website soliciting volunteers willing to take on that deadly risk for the sake of speeding up vaccine development. As of this writing, about 450 people have expressed provisional interest in volunteering (including me, though I may not be eligible with only one kidney).

Signing up doesn’t commit you to anything, and the website isn’t recruiting for any current trial. No vaccine is in the stage of development where a human challenge trial would make sense. The Milken Institute counts 51 different vaccines currently in development, with only a small handful in Phase I trials, which involve making sure the vaccine isn’t dangerous to humans. After that comes Phase II trials, which use a larger sample and do preliminary tests for efficacy and to find an optimal dose with the best balance of side effects and effectiveness. Some studies combine Phases I and II, which could speed the process up.

But the push to sign up volunteers is forcing a broader conversation about whether this kind of trial is necessary or ethical, given the death toll that coronavirus threatens to leave in its wake. The ethical question here is knotty, and depends on both empirical questions — Would a human challenge trial actually speed up vaccine development? How many lives would be saved by speeding up development by, say, one month? — and values questions.

The big one: Is it acceptable to ask volunteers to risk their lives to speed up vaccine development? And if so, should they be eligible for nominal compensation (like lost wages) or something more?

“We’re all looking for a Hail Mary, and it’s easy to see challenge studies as exciting and having a lot of promise,” says Seema Shah, professor of medical ethics at Northwestern University Medical School and a practicing medical ethicist at Lurie Children’s Hospital of Chicago who has written about the ethics of human challenge trials. “But a lot of things need to fall into place to achieve that promise.”

Testing something like a coronavirus vaccine normally happens by gathering a group of healthy people, giving half of them the experimental vaccine and the other half a placebo, and waiting for them to get infected with the relevant disease in the course of their regular lives. Then you compare the groups.

The problem with the coronavirus is that if you’re a healthy person who’s practicing social distancing, you probably aren’t going to get infected. That makes it hard to do a real comparison between the vaccinated and unvaccinated groups. Maybe they both end up the same because no one in either group was exposed to the pathogen. If that’s the case, the trial hasn’t told us anything useful.

A human challenge trial replaces that process with one in which all of the trial volunteers are exposed to the virus that causes Covid-19 after being dosed with a vaccine or placebo. That way, you get a much clearer sense of how the vaccine performs when actually confronted with the disease it’s intended to guard against.

“To allow for a high portion to get exposed, the standard trial would have to take at least several months,” Eyal, the bioethicist who co-authored the Journal of Infectious Diseases article calling for human challenge trials, told me. “By contrast, in a coronavirus challenge … the success or failure of the vaccine to protect against the disease becomes apparent much faster.”

What’s more, a human challenge trial could be conducted with fewer people than a standard Phase III trial. A Covid-19 vaccine being developed at Oxford, for instance, aims to have 5,000 volunteers for Phase III. A human challenge trial, Eyal argues, could happen with only about 100 people. The total number of participants needed would likely be higher than that, since (among other reasons) multiple vaccine candidates need to be tested, but the total would be much lower compared with a conventional study.

The risks of conducting a human challenge trial, and how to mitigate them

The downside to doing this is obvious: Covid-19 is a dangerous disease, and it’s possible that volunteers in the placebo group especially — but also in the treatment group, given that all vaccines have a failure rate — will become badly ill, need weeks of hospitalization, and/or die.

Eyal has a number of answers to this objection. He anticipates that the volunteer pool would be limited to healthy people between the ages of 20 and 45. “Preexisting conditions that increase the risk of bad outcomes upon coronavirus infection” — such as asthma and other chronic lung diseases, HIV and other immunocompromising conditions, obesity, diabetes, liver disease, and chronic kidney disease — “should exclude a volunteer,” Eyal says. That should help reduce the odds of an infection leading to death.

Currently, per a study published in the Lancet on March 30, only 0.031 percent of people in their 20s who were infected with the virus causing Covid-19 have died — and that includes people with underlying conditions. That’s almost identical to the risk of death from living kidney donation, which medical facilities treat as acceptable.

What’s more, volunteers would be “isolated from their families in special facilities, potentially facilities for flu challenge trials, which exist in a few developed countries, converted to this usage,” Eyal says. “They should remain in isolation until they stop being infectious. Upon detection of infection, they should get excellent medical care for coronavirus disease — much more than we can say about the general health system in the upcoming time of crisis.”

Eyal and his co-authors also want to recruit “people who reside in high-transmission environments” like New York City, so that “being in the study would hardly increase, or in fact decrease, their net risk.”

Shah, the Northwestern bioethicist, believes that the risks of a human challenge trial might be acceptable if the benefits are sufficiently large. “If you were really careful about who you enrolled — people who are 18 to 25, for instance, and carefully evaluated so they have no other condition — you could get the risk down to a low level,” she explains. You’d also want to make sure that the risks to third parties, like the families of volunteers and the medical personnel treating them, are similarly reduced.

But you have to do more than weigh the risks and benefits, Shah cautions. “When judging the ethics of doing a study, justice considerations also matter, such as whether the risks are fairly distributed,” she says. “There are also other criteria: community engagement, fair selection of participants, robust informed consent, and payment that compensates for time and inconveniences.”

Similarly, Shah notes that you would need different vaccine teams to use comparable doses and share data, so they can judge which vaccine shows the most promise. Given how international this effort is, the coordination would need to happen through an international body like the World Health Organization.

Without those ducks in a row, Shah warns, the benefits to a challenge trial could be severely attenuated.

Given how far we have to go until a human challenge trial would be applicable, now is a good time to get that kind of coordination in place: for the FDA to issue guidance on whether it would consider human challenge trial results acceptable as evidence; for the various biotech companies, research institutes, and governments working on vaccines to coordinate evidence and data sharing; and for clinicians to offer input so that the vaccines being tested on human subjects are ones likely to be of use in the field.

Once those elements are in place, the case for human challenge trials will be much more compelling. 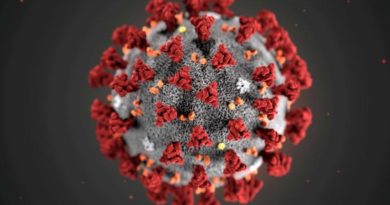 Covid vaccine: Cases in Congress show one dose may not fully shield against coronavirus