Not because of shelling, nuclear tests or general sabre-rattling from the North. Her business is at a standstill because an outbreak of a virus that kills pigs but can’t harm humans triggered a ban on tours that bring hundreds of thousands of South Korean and foreign visitors to the border with the North.

Kong, 47, makes souvenir chocolates for tourists on their way to the DMZ. But four months ago Seoul halted all DMZ tours in a bid to stop the spread of African swine fever from the North – the disease can be transmitted by human traffic and has decimated pig herds in the South and across Asia.

The chocolate maker is just one of tens of thousands of people in thousands of businesses whose livelihood depends on tourism in Paju, a city of about 460,000 about an hour north of Seoul: With revenue down to a trickle, Kong has had to borrow money to keep staff on her books – though two have already quit – and the future looks bleak unless the ban is reversed soon.

“The tours were suspended following North Korea’s shelling on Yeonpyeong island (in 2010) for safety reasons, but since then this is the first time the tours were completely suspended,” said Kong in an interview at her DMZ Dreamfood factory, methodically folding empty chocolate boxes.

The extreme response by Seoul is because South Korea suspects the fever spread from the North: The South’s first confirmed case in September was at a pig farm in Paju, less than four months after North Korea’s own outbreak.

No new cases have been reported at farms in South Korea since Oct. 10, but infected wild boars still roam the DMZ, with more than a third of those that have been found dead discovered inside Paju city-limits, according to data from the National Institute of Environmental Research.

To try to cut risks, Paju has set up fences to try to block wild boars from crossing into tourist spots as well as stepping up efforts to hunt the animals, an official at Paju city hall said.

In early January, Kong joined hundreds of Paju citizens ranging from restaurant owners to tour operators in a protest demonstration urging Seoul to lift the tour ban and provide measures to support them.

An agriculture ministry official said Paju must continue to hunt wild boars through February before swine fever-related ministries decide whether it is safe for tours to resume.

Park Sung-jun, executive director at Cosmo-Jin Travel Agency in Paju, also said the fever has taken a heavy toll on business, since DMZ tour packages typically account for 40% of revenue.

For Kong, there’s little left to do for now but fold boxes for the chocolates she hopes to start selling to tourists, at about $10 apiece, as soon as the ban is lifted.

“I thought it would be for a week, not four months and it’s really hard because not once has this ever happened,” she said. 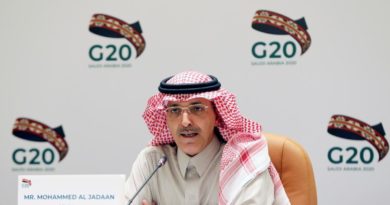 Coronavirus in the U.S: How Did the Pandemic Get So Bad? 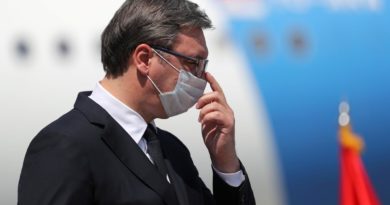 Serbia to end state of emergency as coronavirus infections slow