Both data sets reveal that minority communities have been impacted to a far greater extent by police enforcement during the coronavirus pandemic.

According to the NYPD data, 374 summons “for violations of emergency procedures and acts liable to spread disease” were handed out by police between March 16 and May 5. A summons is a ticket that is usually issued to someone by a police officer for a court appearance after violating a law.

Of that 374 summons, 304 were handed out to black and Hispanic people.

Related information from the Brooklyn DA’s office confirmed that 40 people were arrested from March 17 to May 4 for not following social distancing measures. 35 of those people were black, four of them were Hispanic and one was white.

DA Gonzalez said that his office is reviewing allegations of excessive force in Brooklyn arrest incidents, adding that arrests should be a last resort.

“Simply stated, we cannot police ourselves out of this pandemic. Instead, we need to give people the knowledge and ability to keep safe,” Gonzalez said in a statement.

According to the New York Times, the NYPD has made at least 120 arrests for social distancing between March 16 and May 5 across New York City as a whole. Of these arrests, 68% of those detained were black and 24% of them were Hispanic.

These numbers have become a point of mounting criticism for the police department and the mayor’s office. Police reform activists, community advocates and even the New York City Police Benevolent Association (NYC PBA) have said that police officers should not be enforcing social distancing at all.

Read more: Police Departments, Sheriffs’ Offices Across the U.S. Grapple With COVID-19’s Impact on Public Safety—and Their Own

New York City Mayor Bill de Blasio defended the NYPD’s role in social distancing enforcement during a Thursday press conference, after being questioned about whether it had become comparable to stop-and-frisk, the policing practice of stopping someone and searching them for weapons or other illegal items that disproportionately impacted black and Latino men during its height.

“What happened with stop and frisk was a systematic, oppressive, unconstitutional strategy that created a new problem much bigger than anything it purported to solve,” de Blasio said. “This is the farthest thing from that. This is addressing a pandemic.”

After the release of the arrest data from Brooklyn, he tweeted that the racial “disparity” apparent did not reflect the NYPD’s larger work. However, “We HAVE TO do better and WE WILL,” he wrote.

“That disparity, I don’t like, I don’t accept,” de Blasio said during a Friday press conference. ” I want to see every community treated fairly, but I want a resolute approach where it’s really clear we got to follow these rules.”

De Blasio also announced Friday that, in response to “consistent overcrowding” in parks across the city, a cap would be placed on the number of people allowed, and that “extra enforcement” would be seen to that effect.

Write to Josiah Bates at josiah.bates@time.com. 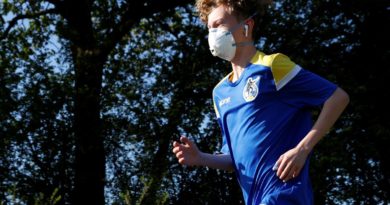 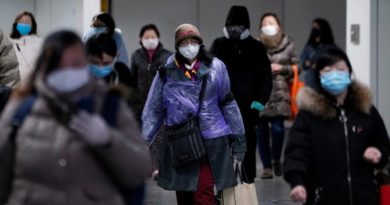 Hundreds of Americans flown home from cruise ship, 14 with coronavirus