Donald Trump has publicly pleaded with senior Republicans to back his “Obamagate” theory to help him win the next election.

The president has been trying to popularise the phrase, sending out one word tweets saying “Obamagate” and accusing his predecessor of unspecified criminal offences. The accusations, which Mr Trump claims also implicate his likely Democratic opponent in November, Joe Biden, relate to investigations into the behaviour of former national security adviser Michael Flynn.

While Trump supporters and media allies like Fox News have enthusiastically piled in, senior Republicans like Mitch McConnell and Lindsey Graham have so far been more circumspect.

On Saturday morning, while tweeting a series of attacks on his political opponents, the media and web companies, and praising his own handling of the coronavirus pandemic, Mr Trump sent a direct message to Mr McConnell, with Mr Graham’s Twitter handle included.

He wrote: “Mitch, I love you, but this is 100% true. Time is running out. Get tough and move quickly, or it will be too late. The Dems are vicious, but got caught. They MUST pay a big price for what they have done to our Country. Don’t let them get away with this! @LindseyGrahamSC.”

In a separate tweet, alluding to a supportive article from The Federalist’s Mollie Hemingway, Mr Trump wrote: “This is true. I say it all the time. The Republicans must play by the same rules, or die! Wow Mollie, you are good.”

On Thursday Mr Graham, chairman of the Senate’s judiciary committee, rejected the president’s suggestion that he force Barack Obama to testify about the alleged conspiracy on Capitol Hill. Mr Trump said the supposed plot was “worse than Watergate”, adding: “No more Mr Nice Guy. No more talk!”

Mr Graham responded: “I don’t think now’s the time for me to do that. I don’t know if that’s even possible.

“I understand President Trump’s frustration, but be careful what you wish for.”

Ms Hemingway’s article calls on Republican Senate majority leader Mr McConnell to do more to hit back at what she calls the “Russia hoax”, warning that the Republicans risk losing their majority in November if he fails to do so.

Gen Flynn was appointed national security adviser in January 2017 but the president fired him for lying to the FBI and to vice-president Mike Pence over his contacts with the then Russian ambassador to the US, Sergey Kislyak.

The retired three-star general twice admitted lying to the FBI in court. However, Attorney General William Barr has instructed his Department of Justice prosecutors to withdraw the case against him, arguing that Gen Flynn’s admissions were not “material” to the Bureau’s investigations into Russian interference in the 2016 election. The judge in his case has asked to hear an opposing opinion before deciding what to do with the case.

Richard Grenell, Mr Trump’s acting Director of National Intelligence, has revealed the names of Obama-era officials who knew that Gen Flynn was an object of interest to authorities.

While Mr Trump and others have argued that this points to a conspiracy against his incoming administration, others have said there is nothing unusual in senior figures requesting the identities of people who may be subjects of investigation, something that has continued under the current administration.

Others have pointed out that Mr Trump has a habit of making outlandish claims about his predecessor, some of which — including that Mr Obama was not born in America and therefore was ineligible to be president, or that he founded the terror group Isis — have been shown to be false.

Asked on Monday by Washington Post reporter Philip Rucker exactly what crime he was accusing Mr Obama of, the president declined to explain, saying: “You know what the crime is. The crime is very obvious to everybody. All you have to do is read the newspapers, except yours.” 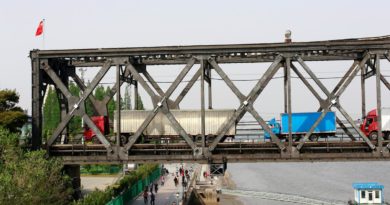