When President Biden took office in January, a peculiar idea about oil and gas started to make the political rounds: that certain parts of the industry are more environmentally responsible and can actually reduce emissions, compared to other parts of the industry that are worse for the Earth.

“If you want to reduce emissions, the offshore arena is better,” Scott Angelle, who was the top environmental regulator of offshore energy under the Trump administration, told the trade publication Offshore in late January.

Questionable claims about the climate might be expected from a Trump administration official who rolled back oil and gas regulations, but the same argument has also seeped into Democratic politics.

Documents show that these claims originated with a little-known lobbying group that advocates for offshore oil — and experts told Vox that they’re dubious at best. By focusing on the emissions of oil and gas production, the industry is ignoring the much larger share of pollution that comes from the burning of fossil fuels. This is a clear attempt at greenwashing: Parts of the oil industry are arguing, perversely, that more fossil fuels can help solve the climate crisis.

Yet these tactics also suggest that fossil fuel companies foresee a fight for survival in a shrinking market for oil and gas — and one emerging industry tactic is pointing fingers to claim that a particular source of oil and gas isn’t as dirty as the next person’s.

“They’re falling over themselves” to claim “their oil is cleaner than someone else,” Lorne Stockman, a research analyst at Oil Change International, a nonprofit advocacy group, told Vox.

What’s worrying is that attempts to rebrand some oil and gas as sustainable has gained traction even among prominent Democrats, and could influence an administration that has pledged to slash emissions by half within the decade in the hope of preventing catastrophic climate change.

The offshore oil industry in the US Gulf of Mexico has reason to be particularly worried right now. Rigs and platforms along the outer continental shelf (OCS) were producing oil at a record rate right before the coronavirus pandemic began, but lockdowns caused a global crash in oil prices and a collapse in demand.

Biden’s agenda could put the sector further at risk. Offshore drilling requires expensive investments that can take more than a decade to pay off, so it relies on continuity more than, say, the boom-and-bust business of fracking on land. And while President Trump put 517 million acres of drillable federal waters up for auction, the Biden administration has tried to pause lease sales while the Interior Department considers reforming the process. (These efforts are working their way through the courts, and most recently faced a roadblock when a federal Louisiana judge, appointed by Trump, sided with Republican attorneys general and essentially paused Biden’s pause.)

Days after Biden issued a series of climate-related executive orders in late January, an oil lobbying group, the Louisiana Mid-Continental Oil and Gas Association (LMOGA), started circulating talking points in a memo titled “Climate Values at Risk.” It argued that if Gulf oil production declines, so would taxes and royalties that are used for nature conservation. It also said, “Reducing production in the US Gulf of Mexico Probably Increases Greenhouse Gas Emissions.”

These documents were obtained via public records request by Documented, a watchdog group that investigates corporate corruption. The group revealed that trade groups in Louisiana and New Mexico sprang into action against Biden’s executive orders by writing talking points for Democratic politicians, HuffPost reported in April.

“The US Gulf of Mexico produces oil with exceptionally low [greenhouse gas] intensity for several compounding reasons,” explains one of the offshore oil lobby’s key documents.

The first reason, the lobbying document said, is that Gulf oil has “fewer conventional pollutants.” Next are leaks of methane, a potent greenhouse gas that the trade group describes as “under extremely tight control.” Last is a regional pipeline system that “brings the region’s oil straight to neighboring Gulf Coast refineries, whereas other producing regions around the world rely on less-efficient trucks or tankers to bring crude oil to market.”

These claims don’t hold up to scrutiny, but they’re spreading

A month later, in a presentation to Secretary of Energy Jennifer Granholm, Louisiana’s Gov. Edwards adopted all of this language as if it were his own. Under the heading “OCS Production is Cleaner,” the trade group’s claims were listed without attribution in a series of bullet points.

Sen. Bill Cassidy (R-LA) has also pushed these same points, saying that Gulf drilling pollutes less than gas operations in the Permian Basin of Texas and New Mexico. In an April interview with the industry podcast Capitol Crude, he cited an “Obama administration factoid” to argue that “developing oil and gas in the outer continental shelf has the lowest emissions profile of any such field in the entire world.”

Cassidy and the oil lobby are indeed referring to a 2016 Obama-era Department of Interior report. It compares the climate footprint of offshore drilling to the climate footprint of imported oil. It concludes that if the United States were to stop drilling in the Gulf overnight, climate pollution would “increase slightly” because foreign sources of oil would then fill the gap in demand.

But climate experts insist on a transition away from oil, not a 1:1 replacement. The same report also makes the case for transitioning away from oil altogether. It also said that emissions from offshore oil and gas could burn through an alarming 9 percent of the greenhouse gases that the US needed to allot itself to avert catastrophic climate change.

The oil industry has little actual evidence that drilling in the Gulf is any cleaner than alternatives. Though offshore oil is less studied than onshore oil, a number of studies have found higher-than-estimated pollutants, especially the potent greenhouse gas methane, leaking from these sites, both in US waters and other parts of the world. Erik Kort, a University of Michigan climate scientist whose research is supported in part by climate groups, said overall methane leakage is probably underestimated since there is no reliable data or monitoring for offshore regions.

The Government Accountability Office made a similar point in a recent report, finding serious problems with pollution detection and management in the Gulf of Mexico. It said the Department of the Interior “does not generally conduct or require any subsea inspections of active pipelines,” relying instead on less-reliable surface observations. And a Princeton study of eight platforms in the North Sea estimated more methane leaking from the sites than previous estimates. If that trend were to hold true for platforms across the UK, the researchers said it would add the rough emissions equivalent of 330,000 cars.

Kort’s most important point, though, is that it’s a mistake to focus solely on the emissions of oil and gas production. We can’t ignore the climate impact of the actual burning of oil and gas. “All fossil fuels do contribute, in the end, to greenhouse gases which warm the planet,” he said.

Most oil and gas emissions — around 90 percent — come from combustion, not production, according to research by Richard Heede of the Climate Accountability Institute. So when lobbyists claim Gulf drilling is cleaner, they’re focused on a narrow sliver of oil and gas emissions — the 10 percent or so that comes from extracting, refining, and delivering fuels.

All the greenwashing and finger-pointing, Stockman said, hides what’s “absolutely clear from the climate science: that we need less oil and gas, not more.”

One of those companies is Pioneer Resources, the biggest company operating in the Permian Basin, which wrote in its 2020 sustainability report about “responsibly extracted oil and gas.” It was referring only to its methane releases at production sites.

“Currently, emerging markets for responsibly extracted oil and gas are developing in the U.S. and Europe,” the company report said. “These markets may offer premium pricing for natural gas and oil with verifiable sustainability performance.”

Other companies have sought to rebrand or tout their investments in carbon capture and storage. In January, the CEO of Occidental Petroleum Corporation, Vicki Hollub, described the company as a “carbon management company,” claiming its carbon-capture investments would provide the world “with net-zero carbon oil.” Denbury Inc. also claims to be an “industry leader in reducing CO2 emissions” with something called “blue oil” — another name for carbon capture.

Then there is the liquified natural gas terminal under construction in the Rio Grande Valley of Texas, which the energy company NextDecade has called the “greenest LNG project in the world.” Outside the US, Canada’s oldest oil and gas trade group, which represents oil sands interests that carry a particularly bad reputation for their carbon intensity, has dropped the word “oil” from its branding.

Some degree of run-of-the-mill competition within the oil industry is to be expected. “US producers have always wrapped themselves in the flag, and said it’s better to produce our own oil than get it from Middle East producers,” said Oil Change International’s Stockman. What’s less familiar is to see this on the climate front, at a time when the industry is facing unprecedented pressure from the courtroom to the boardroom. “This is really starting to happen in the last year,” Stockman said.

Louisiana’s Gov. Edwards has himself pointed out that his state is on the front lines of climate change. The Gulf of Mexico already faces coastal erosion, hurricanes, and polluted air. That’s what makes it so strange that he’s repeating the oil industry’s narratives.

“The consumer is what increases or decreases demand, and the market will naturally fill whatever supply is needed,” Edwards noted in his presentation to the Biden administration’s Department of Energy. That’s certainly what the oil industry wants people to think — that fossil fuel companies are just innocent bystanders who are trying to meet consumer needs — but the science is clear. Demand and supply of new oil and gas need to shrink, and fast. What we’re seeing now is the fight for a piece of that shrinking market.

Coronavirus: The difference between quarantine, isolation, and social distancing, explained

Vaccine production needs to speed way up for the next pandemic 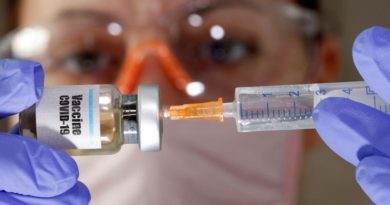 Twin antibodies may help fight coronavirus; children with cancer should not delay treatment