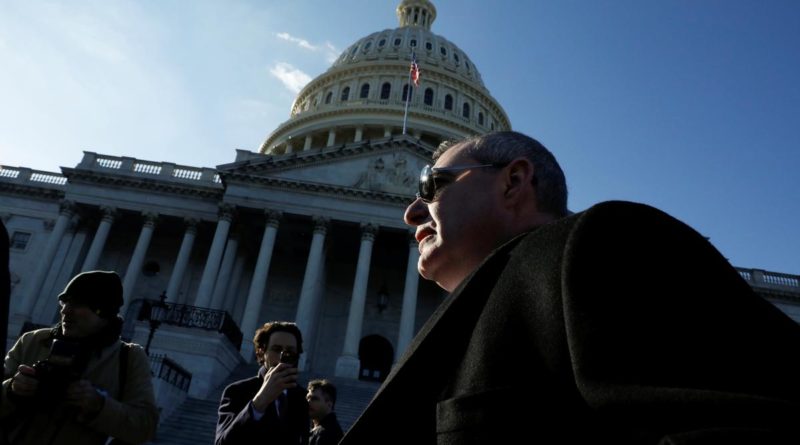 WASHINGTON (Reuters) – Lev Parnas, an indicted businessman who says he worked to pressure Ukraine to investigate one of President Donald Trump’s political rivals, traveled to Washington to press the Senate to allow him to testify in Trump’s impeachment trial, only to be turned away at the U.S. Capitol.

Trailed by TV cameras, bullhorn-wielding protesters and a sign that read “FAIR TRIAL,” Parnas posed for selfies as he walked from Union Station to the U.S. Capitol building.

There, the police denied him entry.

No electronics are allowed in the Senate visitors’ gallery, and Parnas has been ordered to wear an ankle bracelet to track his location as he awaits trial on federal campaign finance charges.

Parnas returned several hours later to say he had evidence that could help Democrats make their case that Trump should be removed from office.

“I would like to discuss it under oath in the front of the Senate. That’s what I want to do,” he told reporters.

Earlier this month, Parnas handed over text messages and other correspondence that detailed his efforts to work with Trump’s personal attorney, Rudy Giuliani, to get Ukraine to announce that it would open a corruption investigation of former Vice President Joe Biden, a leading Democratic contender in the 2020 presidential election.

Parnas’ appearance comes as the Senate moves toward a showdown over whether they should hear from witnesses and consider other evidence in the trial, as Democrats want, or move toward a final vote on whether Trump should be removed from office, as many Republicans want.

Democrats have shown little interest in calling Parnas as a witness.

Parnas is seeking leniency as he faces federal charges for allegedly funneling money to a pro-Trump election committee.

Giuliani has distanced himself from Parnas, and Trump says he did not know him, despite photographs showing the two men together and a recording of Trump bantering about golf and Ukraine with Parnas and other guests at a private dinner at the Trump Hotel. 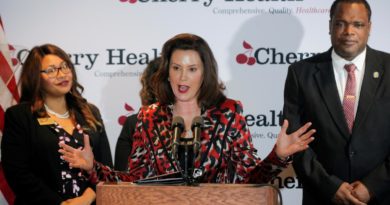 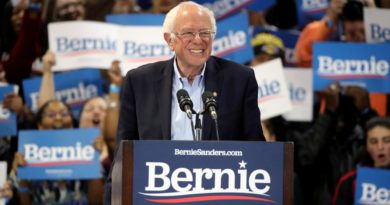 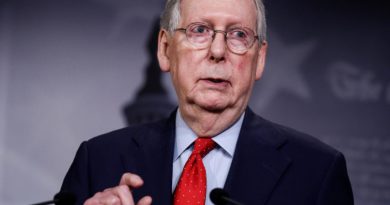