Pharmaceutical giant Pfizer has announced that its COVID-19 vaccine successfully prevented 90% of disease compared to a placebo, a more positive result than experts expected.

The analysis is based on 94 cases of infection with SARS-CoV-2, the virus that causes COVID-19, among both the vaccinated and placebo groups. Experts had set a minimum threshold of 60% effectiveness for vaccines to be considered for emergency authorization or approval. The results included data from 38,955 of the total 43,538 volunteers who enrolled.

Immediately, as with much of the U.S.’s pandemic response, the results were quickly thrown into the political blender of opinion, with President Donald Trump and his team taking to social media to tout the government support that made the promising results possible. In fact, Pfizer did not receive federal funding from the Operation Warp Speed (OWS) program that supported development of some of the vaccines currently in late stage testing. The company also plans to pack, ship and distribute its vaccine using its own system and not the network being built by OWS. In July, the company signed a contract with the government to provide 100 million doses of vaccine with a potential for several million more if the vaccine is authorized for distribution by the Food and Drug Administration.

Pfizer is the first company to release results from its COVID-19 vaccine, part of a planned interim analysis by an independent data safety monitoring board that is reviewing all of the handful of vaccine candidates from different companies that are currently being tested in people. The findings represent results collected seven days after the second of Pfizer’s two-shot regimen.

Pfizer, which developed and is testing its vaccine with German company BioNTech, said in a release that it will continue following study participants for a couple more weeks, until the middle of November, when everyone in the study will have been followed for at least two months. That’s the timeframe the Food and Drug Administration is requiring for COVID-19 vaccines before considering them for emergency authorization or approval, and also when the data safety review board’s next scheduled analysis of the data will occur.

The encouraging results were revealed to Pfizer officials yesterday, on Nov. 8, by the five-member data safety monitoring board. “They were incredibly poker-faced, right up until they reported the results,” says Bill Gruber, head of clinical vaccine research and development at Pfizer. “I have been in vaccine development for more than 35 years, and in my most optimistic moment did not expect efficacy of 90%. My most optimistic expectation was 75% or 80%, so this is a remarkable outcome.”

It’s important to note what that effectiveness means. The results do not reflect complete or so-called sterilizing immunity against infection, but rather protection against COVID-19 illness and its serious consequences once someone has been infected. In fact, the study was not set up to test people regularly and compare those who were negative versus those who were positive in each of the vaccine and placebo groups. Instead, all of the participants were asked to report any symptoms of COVID-19 they experienced, including fever, shortness of breath, sore throats and intestinal problems. Once they reported symptoms, they were tested for SARS-CoV-2, either by requesting a swab to take a sample themselves, or by reporting to their trial site for a test. Researchers then looked at those who were confirmed to be infected, and compared disease outcomes among those getting the vaccine and those getting a placebo in this group.

Gruber says it’s possible, however, that the vaccine is also protecting against infection, because many people experience COVID-19 without any symptoms. The full set of data will investigate other important questions such as whether the vaccine can protect people from getting infected in the first place. “Before I began the study, I wasn’t particularly optimistic that there would be high level protection against infection,” he says. “Now, given the high level of protection [we see] for relatively mild disease, suggests to me that there is a chance to protect against infection as well. But we won’t know the answer to that until the end of the trial.” Additional data may also reveal how contagious people who are infected but asymptomatic might be, which is an important public health question and critical to containing the pandemic.

So far, however, the results represent good news for not only for public health but for science as well. The companies’ vaccine is based on a new technology that relies on a genetic material known as mRNA. No mRNA-based vaccines have received approval from the FDA yet, although several are being tested for other diseases. The results are a testament to the benefits of the platform—using mRNA speeds up development of a vaccine since the process does not require growing vast amounts of virus.

Instead, vaccine developers only needed the genetic sequence of SARS-CoV-2, which became available in January, to start building a vaccine. Other companies, including Massachusetts-based Moderna, and vaccine giant Sanofi, are also testing mRNA COVID-19 vaccines.

This is a developing story and will be updated throughout the day. 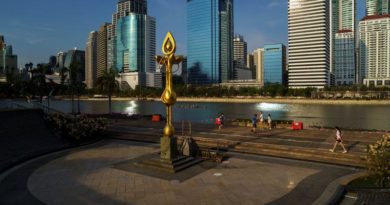