President Donald Trump wrapped up his first official visit to India on Tuesday, after touring the Taj Mahal in Agra, addressing huge crowds of fans at a stadium in Ahmedabad, and meeting with Prime Minister Narendra Modi to discuss trade and politics in New Delhi.

At one point, Trump praised the Indian leader for “working very hard on religious freedom.”

But just 10 miles away, in the capital’s working-class neighborhood of Maujpur, tensions boiled over into violence. At least 13 people, including Muslims and Hindus, were killed. Dozens more were badly injured. Residents attacked each other with petrol bombs, clubs, and rocks. Muslim-owned shops and mosques were looted, burned down, and vandalized.

Police officers and paramilitary troops were called in, but some Muslims said the security forces didn’t intervene to stop the Hindu mobs. The violence, which broke out Sunday and continued through Tuesday, was the deadliest communal clash the Indian capital has seen in decades.

Yet Trump and Modi carried on with their scheduled lunch and meetings on Tuesday as if all was well. The American president refused to comment on the Hindu-Muslim violence or the controversial new citizenship law that triggered it, saying only, “I want to leave that to India. And hopefully they’re going to make the right decision for the people.”

Hundreds of thousands of Indians are in their third month of protests against a citizenship law that will fast-track citizenship for migrants from many religious minorities, but not for Muslims. Human rights advocates have been challenging it in the Supreme Court on the grounds that it’s unconstitutional.

India is home to 200 million Muslims, or 14 percent of the Hindu-majority country. Under Modi, they are facing mounting threats to their status and safety.

The new law is closely linked with the National Register of Citizens, part of the government’s effort to weed out people it claims are illegal immigrants in the northeastern state of Assam. Residents there have a limited time to prove that they are legitimate citizens — or risk being rounded up into massive new detention camps and, ultimately, deported.

Modi’s ruling Bharatiya Janata Party has said it plans to extend the NRC process to the whole country. With so many people facing the threat of detention and deportation, the United Nations and Human Rights Watch are warning that this could soon turn into a humanitarian crisis of horrifying proportions.

All this has turned India into a tinderbox ready to ignite. The killing this week in New Delhi threatens to set off a larger conflagration in a country with a long history of Hindu-Muslim riots.

The contrast between events that happened in parallel — a buzzy sightseeing tour for powerful leaders and a clash that’s left more than a dozen people dead — is perhaps best conveyed by photographs. We’ve selected a few below.

Sign up for the Future Perfect newsletter and we’ll send you a roundup of ideas and solutions for tackling the world’s biggest challenges — and how to get better at doing good.

Get our newsletter in your inbox twice a week.

Trump impeachment: As Senate trial plods on, president focuses on Sanders and Biden 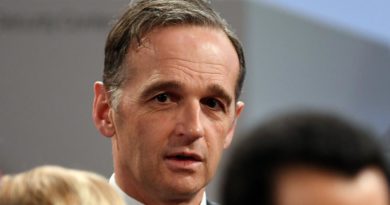