Qatar’s anti-LGBTQ policies have become a flashpoint in a controversial World Cup tournament; between national teams facing punishment for wearing rainbow “One Love” armbands, international fans told they can’t wear rainbow shirts, and a Qatari minister’s anti-LGBTQ comments this week, queer rights in the tiny Gulf emirate are one of the controversies on and off the pitch.

In Qatar, where punishments can include up to three years in prison for being LGBTQ, it has meant friction with the world over the country’s policies and attitudes toward queer people, and even those showing support for LGBTQ rights — as well as concern locally about what happens once the tournament is over and the world’s attention moves on.

On Monday, a protester disrupted the match between Uruguay and Portugal, running onto the pitch waving a rainbow flag reading “PACE,” the Italian word for peace, and wearing a Superman t-shirt with messages of support for Ukraine and the women protesting in Iran. Following the stunt, the Qatari Supreme Committee banned the fan from the remainder of this year’s matches and revoked his permit to stay in the country, the Guardian reported.

“If you want to change me so that I will say that I believe in LGBTQ, that my family should be LGBTQ, that I accept LGBTQ in my country, that I change my laws and the Islamic laws in order to satisfy the West — then this is not acceptable,” Al-Kaabi said.

Perhaps the most visible struggle over LGBTQ rights emerged over FIFA’s decision to punish players wearing “OneLove” arm bands in support of LGBTQ rights. According to the New York Times, seven European teams alerted FIFA to their plans to have captains wear the armbands back in September. FIFA didn’t hand down its decision to give yellow cards to players wearing the armbands until just a few hours before England, one of the teams planning to protest, took the pitch, and has not responded to Vox’s request for comment regarding that decision.

On its English-language Twitter account, the German team wrote, “It wasn’t about making a political statement — human rights are non-negotiable. That should be taken for granted, but it still isn’t the case. That’s why this message is so important to us. Denying us the armband is the same as denying us a voice. We stand by our position.”

It wasn’t about making a political statement – human rights are non-negotiable. That should be taken for granted, but it still isn’t the case. That’s why this message is so important to us.

Denying us the armband is the same as denying us a voice. We stand by our position. pic.twitter.com/tiQKuE4XV7

In a joint statement, the teams planning to wear the armbands said they were prepared to pay fines for violating FIFA’s stringent uniform codes, but the prospect of starting a game with a penalty already against valuable players was an unfair risk, according to the Associated Press. FIFA offered “no discrimination” arm bands.

During this year’s World Cup, fans as well as journalist Grant Wahl report that they’ve been confronted when wearing rainbow paraphernalia in public, with some fans refused entry to early matches despite assurances from Qatar and FIFA that all were welcome.

“I have been speaking about this subject with the country’s highest leadership,” FIFA president Gianni Infantino said in a statement. “They have confirmed, and I can confirm that everyone is welcome. If anyone says the opposite, well it’s not the opinion of the country and it’s certainly not the opinion of FIFA.”

Qatar’s government, run by the wealthy Al-Thani family, mandates a conservative Islamic society. In the interpretation of Sharia law Qatar follows, sex outside of marriage, including homosexuality, is punishable by jail time and, as a maximum sentence, death by stoning, though there isn’t available evidence that such a punishment has ever been used.

It’s difficult to gauge what queer life is like in Qatar because LGBTQ expression is extremely limited, Dr. Nasser Mohamed, a gay Qatari living in exile in the US, explained to Vox. “I came out to have a platform for us,” he said, explaining that none of the queer people he knew in Qatar were out. “In Qatar, it’s extremely dangerous for us to organize. When one person is found out, law enforcement tries to find out everyone they’re in touch with. So it’s really hard to build a gay community.”

Mohamed left Qatar in his 20s for medical school “with the intention of never coming back” because of the limited life he could have as a gay man there. “There’s a lot of similarity to Mormon and Amish communities, in terms of their religious practices and cultural practices — you’re either in or out, as a Qatari, you really can’t be different in any way,” he said.

Though there are small pockets of LGBTQ people in Qatar, there’s not a gay scene, Mohamed said. According to a report in Reuters, there are some places where it’s possible for queer people to congregate safely — at parties in the homes of close friends, and at some high-end restaurants and clubs. But that’s largely dependent on social status, as well as one’s country of origin; it’s easier to be queer if you’re not a Qatari citizen, but only if you’re also wealthy.

“If you’re an expat, you’re able to live your life like you want,” a gay Arab man living in Doha told Reuters. “At the same time, I know I can live like this because I am privileged. I know gay men in workers’ camps wouldn’t be able to live the same way.”

What happens when the world is no longer watching Qatar?

Now Mohamed is in touch with closeted queer Qataris, some of whom spoke to Human Rights Watch for a recent report detailing the abuses they’ve suffered at the hands of the state. As recently as September of this year, LGBTQ Qataris reported that members from the Preventive Security Department had “detained them in an underground prison in Al Dafneh, Doha, where they verbally harassed and subjected detainees to physical abuse, ranging from slapping to kicking and punching until they bled.”

Other reported punishments include “verbal abuse, extracted forced confessions,” and mandated, state-sponsored conversion therapy for transgender women as a condition of their release. According to the report, the security forces also “denied detainees access to legal counsel, family, and medical care” and searched their phones, all while they were detained without charge. They received no record of their time in detention — which makes proving the state’s violence against LGBTQ people difficult. A Qatari official denied information in the report, including accounts of forced conversion therapy.

Mohamed expressed concern that the lack of documentation around state-sponsored abuses of LGBTQ people could prevent people seeking asylum from supporting their cases. “The tolerance [the Qatari government] is giving to the world, is not extended to us, and people really need to know that,” he said. Vox reached out to the US State Department for comment about the plight of queer Qataris and the protection of asylum claims, but did not receive a response by press time.

Mohamed’s other worry is the backlash, “What they are calling ‘Western cleansing’ after the World Cup,” he said. Queer people in Qatar are worried, too, about what happens after the world’s attention to Qatar’s human rights record inevitably shifts after the tournament wraps up.

“What about us, who have lived in Doha for years and made Doha queer?” an Arab man living in Doha and interviewed by Reuters said. “What happens when the World Cup is over? Does the focus on the rights stop?” 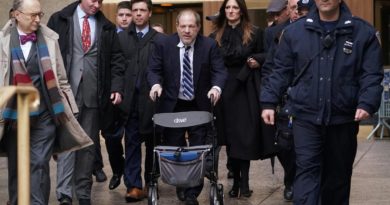