A now-former Atlanta police officer has been charged with felony murder and 10 other charges following the fatal shooting of Rayshard Brooks on 12 June.

Garrett Rolfe faces life in prison without parole or the death penalty, if convicted. An arrest warrant has been issued, and prosecutors recommended that he remain in custody without bail.

Another officer at the scene, Devin Brosnan, has agreed to serve as a state witness to the prosecution, according to Fulton County District Attorney Paul Howard. A warrant has also been issued for his arrest, and prosecutors recommended his bail be set at $50,000. A statement from Mr Brosnan’s attorney to the Atlanta Journal Constitution said the district attorney’s statement is untrue and that his client maintains his innocence.

A statement from Mr Rolfe’s attorney said that his use of force was “justified” and that “there is no compelling reason to bring any charges against” the men before the Georgia Bureau of Investigation “has completed its investigation and published its findings”.

The officer had responded to a call about a man sleeping in the parking lot of a Wendy’s restaurant, and arrived to find Mr Brooks, a black man, sleeping in his car in the drive-thru lane. Both officers are white.

Prosecutors argue that Mr Brooks “never presented himself as a threat” and was cooperative for more than 40 minutes while he followed instructions, consented to a pat down, and was never informed he was under arrest for driving under the influence. Mr Brooks also had asked whether he could walk home.

After Mr Rolfe attempted to place him in handcuffs, Mr Brooks struggled, wrestled a Taser from the officers, and fired it behind him as he tried to run from the parking lot. Mr Rolfe then fired two shots into his back.

“The demeanour of the officers immediately after the shooting did not reflect any fear or danger of Mr. Brooks,” Mr Howard said during a press conference on Wednesday. “But their actions really reflected other kinds of emotions.”

The Georgia Bureau of Investigation, which is performing its own investigation, said it was not aware of the district attorney’s press conference nor was it consulted on charges revealed on Wednesday.

“Although we have made significant progress in the case, we have not completed our work,” the agency said in a statement. “Our goal in every officer involved shooting case we are requested to review, is to complete a thorough, impartial investigation before we submit the file to the respective District Attorney’s Office.”

Following the shooting, Mr Rolfe was fired from the department and Mr Brosnan was placed on administrative duty.

Here are the charges facing both men

Five counts of aggravated assault with a deadly weapon, including firing his weapon at Mr Brooks and shooting in the direction of nearby car passengers – possible sentence of up to 20 years in prison for each count

Four police department violations, including arresting Mr Brooks for a DUI without immediately informing him, shooting a Taser at Mr Brooks as he runs away, use of excessive force, and failure to render timely medical aid

Aggravated assault, for standing on Mr Brooks’s shoulder – possible sentence of up to 20 years in prison 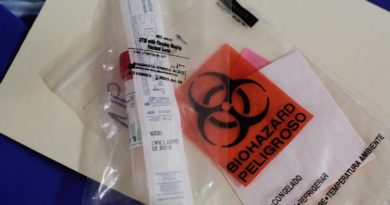 Lost on the frontline: The high price paid by healthcare workers worldwide as coronavirus death toll looks set to pass one million 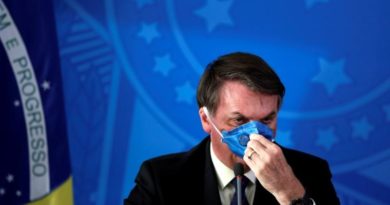