The attack just before dawn on Thursday, by unidentified assailants, left bullet holes in the facade and in several windows.

Footage on Dutch TV showed bullet casings scattered on the ground and damage to the building.

Police have said nobody was injured in the shooting.

A spokesman said police were alerted around 6am to shots being fired at the building in The Hague on a stately avenue opposite a canal in the Dutch city.

Officers have launched an investigation, including an appeal for witnesses.

The embassy condemned the attack and praised Dutch authorities for their prompt response, saying it “looks forward to investigating the circumstances, knowing the results and bringing those behind the incident to justice.”

Saudi Arabia also urged its citizens in the Netherlands to exercise caution.

The Dutch foreign ministry said in a statement that it was taking the shooting “extremely seriously” and was in close contact with Saudi authorities.

The shooting came a day after an explosion at a cemetery in Saudi Arabia, where American and European officials were commemorating the end of World War I, and in which three people were wounded.

There was no indication that the shooting in The Hague was linked to the blast. 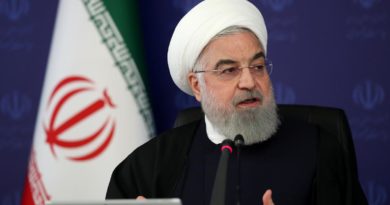 Child killed in rocket attack in Iraq near US embassy