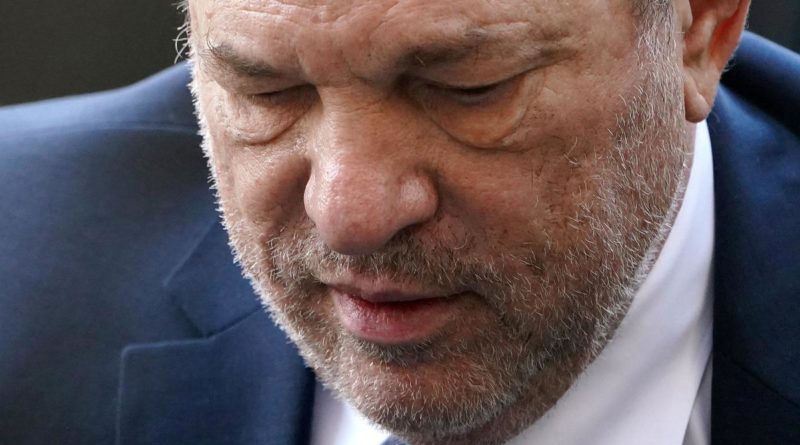 NEW YORK (Reuters) – Prosecutors in New York urged a judge on Wednesday to impose a decades-long prison sentence on former film producer Harvey Weinstein for his sexual assault conviction while one of his accusers told a state court hearing she suffered emotional damage from his attack that may last forever.

Once one of Hollywood’s most influential producers, Weinstein, 67, faces a maximum sentence of 29 years in prison, after a jury on Feb. 24 found him guilty of sexually assaulting former production assistant Mimi Haleyi and raping former aspiring actress Jessica Mann.

His conviction was hailed as a victory for the #MeToo movement against sexual misconduct.

During the sentencing hearing, prosecutor Joan Illuzzi asked Justice James Burke to impose 25 years or “near” 25 years in prison for his conviction on a charge of criminal sexual act in the first degree involving Haleyi and to impose a consecutive sentence for the third-degree rape conviction involving Mann. That charge called for up to four years in prison, but the prosecution made no specific request.

Weinstein and the six women who testified against Weinstein were in court for the proceedings.

In an emotional statement in court, Haleyi spoke of the trauma she had endured since the attack, saying, “It scarred me deeply, mentally and emotionally, perhaps irreparably, perhaps forever.”

She said the past couple of years had been “excruciatingly stressful” and that she was relieved to know that Weinstein would now know he was not above the law.

Prosecutors in court filings last week said the sentence should reflect not only the crimes of which he was convicted, but a “lifetime of abuse toward others.”

More than 100 women, including famous actresses, have accused Weinstein of sexual misconduct stretching back decades, fueling the #MeToo movement against sexual abuse and harassment. Weinstein has denied the allegations and said that any sex was consensual.

“He has consistently advanced his own sordid desires and fixations over the well-being of others,” prosecutors wrote of Weinstein. “He has destroyed people’s lives and livelihoods or threatened to do so on whim.”

The jury of seven men and five women acquitted Weinstein on the most serious charges, a single count of first-degree rape as well as two counts of predatory sexual assault, which carried a potential life sentence. Those charges relied on testimony by actress Annabella Sciorra, who said Weinstein raped her in the early 1990s.

Weinstein’s lawyers on Monday urged Burke to impose the minimum possible sentence of five years, asking him to consider Weinstein’s charitable activities while saying a longer sentence would likely mean Weinstein would die in prison.

“His life story, his accomplishments, and struggles are simply remarkable and should not be disregarded in total because of the jury’s verdict,” they said.

Weinstein has been awaiting sentencing in New York’s Rikers Island jail, where he was moved last Thursday after a 10-day hospital stay at Bellevue Hospital where he underwent a procedure to clear a heart blockage.

He was a powerful figure in Hollywood and a contributor to Democratic candidates. He won an Academy Award for producing “Shakespeare in Love” and was responsible for other acclaimed films including “Pulp Fiction,” “The English Patient” and “Gangs of New York.”

Prosecutors portrayed Weinstein as a serial predator who had manipulated women with promises of career advancement in Hollywood, coaxing them to hotel rooms or private apartments and then overpowering and violently attacking them.

Haleyi testified at the trial that Weinstein invited her to his home in 2006 after she had worked on one of his television productions, backed her into a bedroom, held her down on the bed and forced himself on her orally.

Mann told jurors that Weinstein raped her in a Manhattan hotel room in March 2013, about a month into what she described as an “extremely degrading” relationship with him that continued for several years after the attack. Mann called Weinstein a “Jekyll and Hyde” character, charming in public but prone to rage when they were alone.

Six women – Haleyi, Mann, Sciorra and three others – testified for the prosecution during the trial about their encounters with Weinstein.

Weinstein’s lawyers argued during the trial that the women were reframing consensual encounters as assaults out of regret. They zeroed in on friendly messages and ongoing contact between the women and Weinstein after the alleged attacks.

In Friday’s filing, prosecutors listed more than a dozen accusations going back to 1978, when they said he sexually assaulted an employee of his Buffalo, New York-based music company in a hotel room. The prosecutors argued Burke should consider the alleged incidents even though they were never criminally charged.

Court documents unsealed on Monday revealed Weinstein’s efforts to respond to the allegations against him after they surfaced in October 2017, reaching out to influential friends and preparing a public statement in which he said he was suicidal and pledged to seek help. That statement was never released.

The documents also included an email to Weinstein from his estranged brother, Bob Weinstein, telling him he belonged in hell.

“U deserve a lifetime achievement award,” Bob Weinstein wrote in the November 2017 message, “for the sheer savagery and immorality and inhumaneness, for the acts u have perpetrated.” 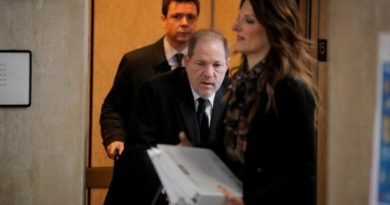 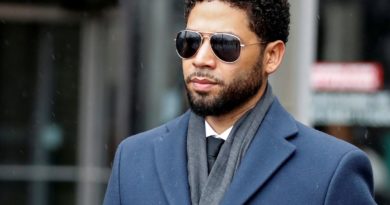 Actor Jussie Smollett due for arraignment in Chicago on hoax charges 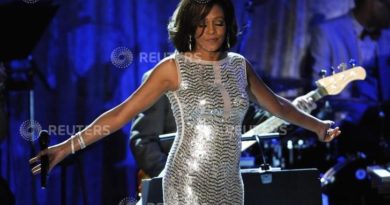