Steve Lindsay, a public health entomologist at Durham University, is midway through explaining how dogs might play a role in detecting COVID-19 infections when a decidedly less-well trained canine interrupts our conversation.

“If you’ll excuse me for a minute, I’ve got a naughty black Labrador out in the back garden doing something it shouldn’t be doing,” Lindsay says. He disappears. I hear barking. He returns accompanied by a chocolate lab. “She’s not as skilled as the detection dogs,” Lindsay says as the pup tries to lick his face. “But it’s really interesting to see how a dog sees the world through its nose. It’s amazing actually.”

It’s that olfactory prowess that could make dogs a useful ally in our battle against a virus that’s killed over 1 million people worldwide. Scientists have long known that people sick with certain diseases emit particular odors—different infections affect different parts of the body in different ways, often producing specific combinations of volatile compounds. Dogs have shown a remarkable ability to pick up on those airborne chemicals, detecting when people are infected with malaria, infectious bacteria, and even certain types of cancer. Now scientists are hoping that dogs’ keen sense of smell, 10,000 times better than that of humans, can help them identify people carrying COVID-19, too.

Lindsay, along with collaborators at the London School of Hygiene & Tropical Medicine (LSHTM) and the U.K.-based nonprofit Medical Detection Dogs, is working on a U.K. government-funded study that will test dogs’ ability to detect COVID-19. Their goal: to train coronavirus-sniffing dogs, which could then be deployed at schools, airports and other public venues to reinforce existing nasal swab testing programs. A similar study is underway at the University of Pennsylvania.

“We’re not just doing the proof of concept work, we’re also working out actively how to deploy this and scale it up as well, because we want to hit the ground running once we’ve gotten our results,” says James Logan, the head of LSHTM’s Department of Disease Control and the project lead on the U.K. study.

Other studies have produced promising, albeit early, results. In June, a team in France using a small number of samples collected from human patients who had been tested for COVID-19 in PCR tests (the current gold standard for testing) found a high degree of evidence that dogs could detect COVID-19 infections through differences in the smell of human subjects’ armpit sweat. (Also concluded: dogs don’t particularly mind sniffing people’s armpits.) In Germany, researchers ran a small pilot study, published in July, with trained coronavirus-sniffing dogs—corona-schnüffelnder hunde—and showed that the dogs were able to distinguish between coronavirus-positive samples and a control group with an average sensitivity (the rate of detecting true positives) of 83% and a specificity (true negative rate) of 96% after only one week of training. That’s not quite as accurate as COVID-19 rapid antigen tests, which have a sensitivity ranging from 84% to nearly 98% and specificities of 100%. But antigen tests require often uncomfortable nasal swabs, and take about 15 minutes to return results. Dogs, by contrast, may be able to tell if a person is infected in seconds, no swab needed.

“It’s a game for them,” says Holger Volk, a co-author on the German study and the head of small-animal medicine and surgery at the University of Veterinary Medicine, Hannover. In that study, researchers used a device called a Detection Dog Training System, which randomly presented dogs with either COVID-19 positive or negative samples via a row of seven “scent holes” connected to sample containers. The dogs were automatically rewarded with a toy or food when they identified the correct samples. “It’s a positive experience for the dogs as well, and that’s why they learn so fast,” says Volk.

Coronavirus sniffing dogs are already in use at Helsinki-Vantaa Airport as part of a Finnish government-sponsored pilot program; canines are also currently scanning for COVID-19 in multiple airports in the U.A.E. Despite those deployments, there’s still plenty we don’t know about dogs’ ability to detect COVID-19. It remains unclear how strong any coronavirus odor smells to dogs, for instance. If sniffer dogs are sensitive to coronavirus smells, handlers could keep the animals near moving lines of people, checking lots of subjects at once—similar to how explosive-sniffing dogs work at airports. If not, sniffer dogs may only be able to pick up the scent when scanning people one at a time. Another unknown: how far a COVID-19 infection needs to progress before a dog can pick up the scent. The German study, for instance, used samples from hospitalized coronavirus patients, who were likely sicker than many people who get infected; about 40% of people with the virus show no symptoms, but may still spread it to others.

“What we want particularly is for our dogs to be picking up asymptomatic people,” says Lindsay, whose study aims to test dogs’ abilities on people presenting various degrees of symptoms. “If they do that, that’s even better because we’ll pick up people early.”

Another open question is whether dogs trained to detect COVID-19 are zeroing in on the infection caused by the SARS-CoV-2 virus specifically, or if they’re detecting a broader array of similar viral infections, like seasonal flu and colds. “Like a recipe, if you get one ingredient wrong it doesn’t give you the right taste,” says Logan. His team wants to answer that question in further research, assuming they get more funding.

While researchers are optimistic that dogs may play some role in helping fight the pandemic, they’re clear-eyed about the need for more evidence that such a plan will actually work. “There are a number of projects around the world that are moving forward with deploying COVID-19 dogs, and this is happening a little bit before the robust evidence is in place,” says Claire Guest, the CEO of Medical Detection Dogs. Getting more conclusive results will mean collecting hundreds of samples to make sure dogs are learning the scent of COVID-19 infection and not just the smell of individual patients. That sometimes means getting creative; the U.K-based research team is currently collecting socks worn by COVID-19 positive patients and others worn by healthy participants to use in its trials. Guest hopes her group will be ready to publish results based on this next research phase in the next six to eight weeks. If their findings check out, researchers say we could see COVID-19 detection dogs deployed more widely within six months. 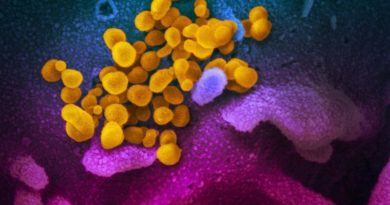 What Is Contact Tracing? How It Will Be Used for COVID-19