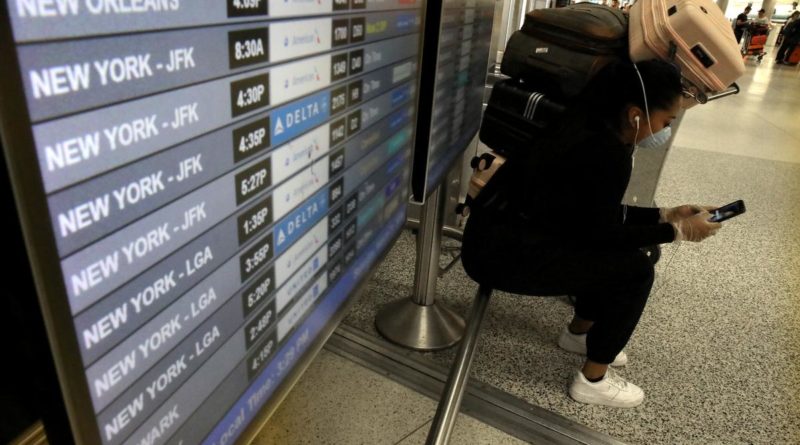 WASHINGTON/CHICAGO (Reuters) – A Senate Republican coronavirus stimulus package would provide financial aid to U.S. airports, transit systems and passenger railroad Amtrak, but $50 billion for struggling U.S. airlines would be a loan, not a cash payout, the proposal showed.

The Senate is expected to vote on Monday whether to advance the measure after Democrats block action on Sunday.

A copy of the proposal seen by Reuters showed it would set aside grants of $10 billion for airports, $20 billion for transit systems and about $1 billion for Amtrak.

Amtrak and transit systems have warned of massive losses as they grapple with a dramatic fall in users, by 90% in some places, with tens of millions of Americans ordered to shelter in place, while others voluntarily work from home in a bid to slow the spread of the highly contagious disease.

Amtrak has slashed service, while airports say they will lose at least $13.9 billion in 2020 and warn some could default on bond obligations.

The nearly 600-page proposal provides up to $50 billion in loans or loan guarantees to passenger airlines and $8 billion to cargo carriers.

It also provides $17 billion for businesses “critical to maintaining national security.” Up to $425 billion more is set aside for loans to other businesses hit by the pandemic as well as states and cities.

Airlines and others would have to maintain employment levels “to the extent practicable” while they had unpaid loans.

“Direct financial assistance is needed immediately – other forms of liquidity are rapidly evaporating,” a spokeswoman for Airlines for America, a trade body representing major U.S. passenger and cargo carriers, said on Sunday.

On Saturday, airlines made a last-ditch effort to try to get a cash infusion, calling for cash grants of $29 billion out of the $58 billion sought.

Republican lawmakers continued talks on Sunday to reach a deal with congressional Democrats, as some airline unions sought to convince lawmakers to reverse course.

Airlines had offered not to make any job cuts through Aug. 31 if they won the cash and to accept curbs on executive pay and forgo paying dividends or stock buybacks.

“To suggest that the airlines should have better prepared for this environment seems akin to suggesting Pompeii should have invested more heavily in firefighting technology,” the analysts added.

The global coronavirus outbreak has forced airlines to cancel tens of thousands of flights and caused massive revenue losses.

Pilot unions said on Sunday they were urging members to write to Congress to request grants, while the Association of Flight Attendants said it was asking members to write, call or tweet seeking direct relief in the form of grants for payroll.

The bill would give the U.S. Transportation Department the power to require carriers to maintain scheduled air service and impose curbs on executive compensation for companies receiving government loans for two years.

The loans would be for a maximum of five years. Airlines would be barred from stock buybacks or dividends.

The Treasury Department could receive warrants, stock, options or other equity instruments as part of government loans but could not exercise voting power on any shares it acquired. Democratic aides criticizes the ban on stock buybacks in the bill, saying it could be waived by Treasury.

The bill also waives some aviation excise taxes, which would boost airlines. Boeing Co (BA.N) had sought at least $60 billion in loan guarantees for the aviation manufacturing sector, but it appears the industry could simply seek loans from the $425 billion fund.

Senator Ted Cruz said on Saturday some were “pushing for a special carve-out just for Boeing & GE,” but on Sunday, General Electric (GE.N) said it had not sought any provision that would benefit it exclusively. 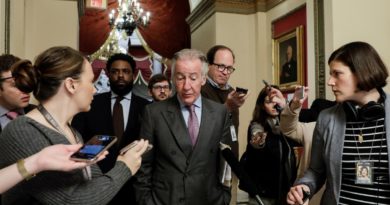 Democrats urge U.S. to provide at least $5 billion in loans to bus industry 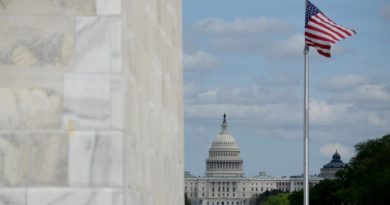 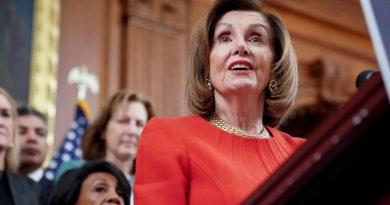