Women who join Isis are being “underestimated” by international security services because of gender stereotypes, the United Nations has warned.

The head of its Counter-Terrorism Committee Executive Directorate (CTED) told The Independent there were a “range of different biases in investigations, charging, sentencing and the provision of rehabilitation and reintegration support”.

Executive director Michele Coninsx would not comment directly on the Shamima Begum case, but said that governments should “steer away from politicising and sensationalising women’s roles in terrorism”.

Begum, who left the UK to join Isis in Syria when she was 15, is attempting to return to Britain for a legal battle over her citizenship.

Ms Coninsx said several countries had removed jihadis’ citizenship to prevent their return but that some required a criminal conviction.

“International law states that no individual should be rendered stateless,” she added.

The issue is at the core of Begum’s legal battle, with the government claiming it acted legally because she is eligible for Bangladeshi citizenship but the Dhaka government saying there was “no question“ of her being allowed into the country.

In Britain, the debate over the case has been polarised between people viewing Begum as a “groomed” victim and a security threat.

On 16 July the Court of Appeal ruled that she should be permitted to return to Britain for a legal battle over her citizenship, but on Friday the government won the right to fight that judgment at the Supreme Court.

Ministers previously claimed that Begum’s citizenship – and that of other British Isis members – was removed because it would be difficult to prosecute her for substantial terror offences in the UK.

She added: “We must aim to ensure that all states have in place tailored, case-by-case and gender-sensitive criminal justice responses which take seriously the different roles that women can play in terrorist groups, including violent roles, as well as take into account any mitigating circumstances, for example where they were brought to Isis under duress.”

Several British women became high-profile radicalisers, including Scottish university student Aqsa Mahmood, who communicated with the Bethnal Green girls on Twitter before they left for Syria.

Begum is among dozens of British women and children being held in Syrian Democratic Forces (SDF) camps after fleeing Isis’s last territory.

The SDF has repeatedly called for foreign detainees to be repatriated to their countries of origin, but the British government has so far refused.

Only a tiny fraction of an estimated 4,700 female foreign Isis members have returned to their home countries compared to their male counterparts, with potential reasons including their inability to travel without a male guardian.

Ms Coninsx warned that research on female Isis supporters lagged behind male jihadis, and said recent improvements had “not been fully translated into policy practice” or data gathering.

“While there is a growing awareness among policy-makers and practitioners that more attention must be paid to women in a counter-terrorism context, gender biases unfortunately continue to persisted,” she said.

“It is important to stress that this doesn’t only mean that some continue to underestimate the threat posed by women, but that the complex realities of how and why women become associated with terrorism defy simple solutions and require nuanced approaches.”

The CTED report said women can hold “simultaneous roles as supporters and victims” of Isis. It added that women who joined the self-declared “caliphate” in Syria and Iraq had supported and facilitated war crimes and terror attacks.

“While women are often active as online propagandists and recruiters, their involvement in other types of activities, including violence, was less prominently documented online because of Isis’s restrictive gender norms,” the report added.

“Member states take different approaches to risk assessments and criminal investigations of women returnees – some states routinely investigate all returnees, regardless of gender, some do so on a case-by-case basis and some do not investigate women, based on the assumptions that they are ‘victims’.”

The CTED called for all countries to attempt a “nuanced understanding” of women’s roles and motivations in Isis, while balancing the risk they pose with mitigating circumstances. 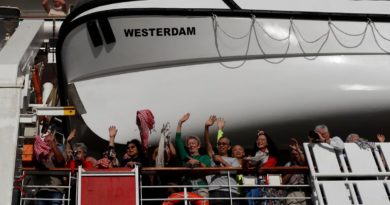 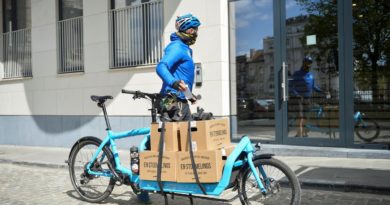