“Crazy in the middle of the night” texts led federal experts to wrongly admonish weather officials for contradicting Donald Trump during the Sharpiegate episode of Hurricane Dorian, according to a new watchdog report.

A statement criticising the National Weather Service in Alabama after the exchange could undercut public trust in warnings from the National Oceanic and Atmospheric Administration (NOAA), the Commerce Department Inspector General Peggy Gustafson said in findings reported by the Associated Press.

“By requiring NOAA to issue an unattributed statement related to a then-5-day-old tweet, while an active hurricane continued to exist off the east coast of the United States, the department displayed poor judgment in exercising its authority over NOAA,” the inspector general report said.

The rebuke from agency heads came days after the Birmingham office contradicted Mr Trump’s comments that Alabama would most likely be hit harder than anticipated.

Mr Trump also presented a map depicting a projected course for the hurricane that had been modified, based on outdated information, with a black marker. Known in common parlance as a Sharpie, the convoluted affair became dubbed “Sharpiegate”.

According to the inspector general’s report, Alabama was previously in the hurricane centre’s warning cone but was no longer at risk when the two tweets were posted.

Alabama forecasters said they were responding to enquiries from the public and were unaware of the president’s tweet, according to the reporting.

The report said acting White House chief of staff Mick Mulvaney sent an after-hours email to commerce secretary Wilbur Ross saying “it appears as if the NWS intentionally contradicted the president. And we need to know why. He wants either a correction or an explanation or both”.

What followed was a series of texts, emails and phone calls from 1am to 3.43am between Mr Ross and staff including Department of Commerce chief of staff Michael J Walsh Jr about a statement that came the next day.

NOAA acting chief Neil Jacobs told the inspector general’s office that “things went crazy in the middle of the night”.

“Instead of focusing on NOAA’s successful hurricane forecast, the Department unnecessarily rebuked NWS forecasters for issuing a public safety message about Hurricane Dorian in response to public inquiries – that is, for doing their jobs,” the report concluded. 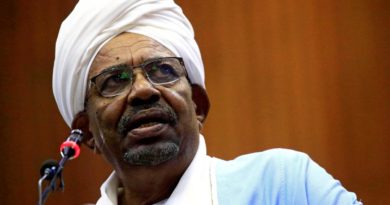 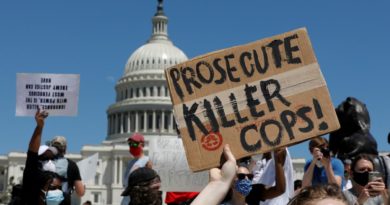