TAIPEI (Reuters) – Taiwan’s top military official is missing after a helicopter made an emergency landing in northern Taiwan, the island’s defense ministry said on Thursday.

The defense ministry said a rescue mission was underway for the 13 people on board the black hawk helicopter, which includes the Air Force General Shen Yi-ming, the island’s chief of the general staff.

There people were still missing, including Shen, while several people were found alive, the ministry said, adding that a team has been dispatched for the rescue mission.

The crash came a week before a key election on Jan. 11, when the democratic island is set to hold presidential and parliamentary elections.

Lunar New Year: Gucci, Nike, and Apple made it a brand holiday 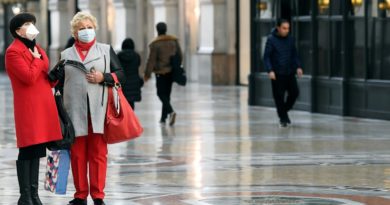 Alarmed Italy locks down north to prevent spread of coronavirus

Is America ready to elect a gay president?