None of the three Republican lawmakers has exhibited any symptoms associated with Covid-19, the disease caused by the novel coronavirus, but in Monday statements, each said that they have decided to isolate themselves out of “an abundance of caution.”

That Cruz, Gosar, and Collins had concerning contact at CPAC is striking considering many of the conference’s speakers worked to, as President Donald Trump has done, minimize the seriousness of the virus.

For example, US diplomat Mick Mulvaney — who at the time was the acting White House chief of staff — told attendees, “The reason you’re seeing so much attention to [the coronavirus] today is that [Democrats] think this is going to be what brings down the president. That’s what this is all about.”

And a number of attendees felt the same, like the woman who told Fox News’s Lawrence Jones coronavirus concerns were Democrats’ “next game.”

“You know, we go from one thing to the next,” she said. “This is after impeachment failed. Russia failed. So now this is what we’re doing.”

Now, however, there has been a shift in rhetoric. Saturday, the American Conservative Union (the group that puts on the conference) announced it had become aware of the Covid-19 case. It wrote in a statement, “During this time, we need to remain calm, listen to our health care professionals, and support each other.”

While Cruz, Gosar, and Collins say they have not seen signs of any symptoms, it is not clear whether the infected individual transmitted the virus to other attendees.

The infected attendee has not been named, but it appears the man had access to many of the conference’s highest-profile guests. Matt Schlapp, head of the American Conservative Union, has said he shook hands with him.

Schlapp, as the event’s face, shook hands with hundreds of other people, including Trump. And Cruz, Gosar, and Collins were all in contact with the infected individual as well — Gosar said in his statement he shook hands with the man “several times,” while Collins said he was in a photo with him.

All this has many CPAC attendees “apoplectic,” Raheem Kassam, editor-in-chief of the conservative outlet the National Pulse, wrote on Twitter Sunday. Kassam claims to be feeling ill after interacting with attendees who had contact with the infected man, including Gosar. And concerningly, Kassam said a number of the president’s closest advisers, allies, and one cabinet member were also in contact with the infected individual.

Amid all of this, Trump has continued to downplay the seriousness of the coronavirus, and unlike the three GOP lawmakers who all — before they became aware of their exposure — advocated for hand-washing and other protective measures, has been dismissive of the idea he might need to alter his habits.

For instance, when asked Friday at the headquarters of the Centers for Disease Control and Prevention (CDC) if he was doing anything to protect himself from the coronavirus, Trump responded, “Not at all.”

And at a time when public health officials are asking people to cut down on shaking hands, Trump told reporters at the CDC he has no plans to stop doing so.

“If you’re a politician, like I walk in, and the doctors have their hands out, ‘Hello sir, how are you.’ If you don’t shake hands, they’re not going to like you too much,” he said, adding, “The fact is, I feel very secure.”

Trump is not secure, and the crisis at CPAC is a perfect encapsulation of why his rhetoric is dangerous

The disease is still rare in the US, but Trump is not secure from it. He, as he admitted at the CDC, shakes dozens of hands per day. He has been in contact with those exposed to the virus at CPAC, like Schlapp and Collins, but also those exposed elsewhere. For instance, both Vice President Mike Pence and Secretary of State Mike Pompeo attended March’s AIPAC (American Israel Public Affairs Committee) conference, at which two attendees have been confirmed to have Covid-19. And there are concerns Pence may have been exposed to the virus during a visit to Florida.

And Trump — as well as many members of his inner circle — is part of the demographic public health officials have said need to exercise the most caution about the virus.

“If you are an elderly person with an underlying condition, if you get infected the risk of getting into trouble is considerable,” Dr. Anthony Fauci, director of the National Institute of Allergy and Infectious Diseases, said on Meet the Press Sunday.

We don’t know much about the president’s health other than what he and his administration tell us (namely that he is healthy, and in his words, that he has a “gorgeous chest” containing a healthy heart), but we do know his age: He is 73 years old.

Fauci said Sunday the older population and those with existing health conditions should “say no [to] large crowds, no [to] long trips. And above all, don’t get on a cruise ship.”

Trump, however, is saying yes to large crowds.

“I’m not concerned at all,” Trump said Saturday in response to reports of the CPAC Covid-19 case and added, despite coronavirus concerns, “We’ll hold tremendous rallies.”

But White House staff is becoming increasingly concerned, the Washington Post’s Toluse Olorunnipa, Josh Dawsey, and Juliet Eilperin reported Monday. They note staffers are considering reducing Trump’s travel to comply with the CDC recommendation that senior citizens limit their time on airplanes, and while Trump has held rallies ahead of Democratic primaries in recent weeks, he does not have a rally scheduled for Monday evening — or any rallies on his calendar in the immediate future.

And even officials who vouched for Trump’s vigor have begun to temper their comments.

For instance, Surgeon General Jerome Adams said Sunday, Trump “sleeps less than I do and he’s healthier than what I am.”

Here’s Surgeon General Jerome Adams telling Jake Tapper that President Trump “sleeps less than I do and he’s healthier than what I am.” pic.twitter.com/bDpQWWAgUU

The president was apparently so pleased with the statement he retweeted the above clip tweeted by my colleague Aaron Rupar.

But Monday, Adams — who is decades younger than the president — said the statement was “wrong,” tweeting “I made a poor attempt at self deprecating humor based on my own well documented chronic medical issues – I in fact take five times as many meds as the president currently reportedly does. I should not have made this comparison.”

But the president’s retweet and his other statements about the virus are good reminders that — whether he is personally in danger of infection or not — his flippant attitude toward the virus is putting others in danger.

His claims that criticism of his coronavirus response are part of a Democratic “hoax” against him inspires many — like the CPAC attendee Jones interviewed — to believe the same. And in believing that, she placed herself in a crowded public place at a time when experts are advising people to do the opposite. Having done so, she inadvertently exposed herself to the coronavirus, and — had she become infected with it — would have exposed all she came into contact with.

But beyond issues of the president’s words affecting person-to-person spread, his tendency to pat himself on the back has made it appear that all that needs to be done to limit the virus has been done.

He has often promoted the fact that he limited travel; he wrote on Twitter Sunday, for instance, “We moved VERY early to close borders to certain areas, which was a Godsend.”

But experts say the president’s travel ban was misplaced and that by focusing on that, preparations to ensure the availability of testing and to slow the spread of community transmission seem to have fallen through the cracks.

“Travel bans and overseas quarantines and travel screening and so on are not going to offer us much protection anymore,” former director of the USAID’s Office of US Foreign Disaster Assistance Jeremy Konyndyk told Vox’s Alex Ward. “The main driver of transmission now is going to be community transmission, which is likely already ongoing in numerous places around the country. That needs to be the central focus of the policy now.”

For some administration officials — like Fauci — that does indeed seem to be the focus. Fauci told Meet the Press’s Chuck Todd public health officials will make understanding and limiting community spread as well as developing mitigation strategies their priorities in the next three months.

But for Trump, the focus has been very different. Monday morning, the president again minimized Covid-19 by pointing out the flu has killed more people.

Report: Microwave weapons may be behind mysterious “Havana syndrome” illness afflicting US diplomats 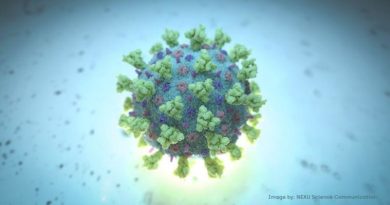