hile every nation in the world has had to adjust to the victory of President-elect Joe Biden in the United States, perhaps no one else had to make as jarring a U-turn as Egytian regime mouthpiece and TV presenter Nashaat El-Deehy.

As the controversy over Mr Biden’s disputed win played out, Deehy smeared him on his show two weeks ago as a “puppet”, comparing the former vice president unfavourably to Donald Trump, who shared warm personal ties with Egyptian ruler Abdel-Fattah Sisi. “[Biden] will be 78 years old on the 20th of this month. That will affect his mental status,” he said. “People say he suffers from Alzheimer’s, and he is not good for the office.”

But minutes later came word that Mr Sisi had congratulated Mr Biden, and Deehy’s tone suddenly shifted. “[Biden] has huge respect for Egypt,” he said, in a clip shared and widely mocked on Egyptian social media. “He is a wise man, a good listener, and he doesn’t make random decisions based on his bad temper like Trump. Trump was violent, stubborn and arrogant.” 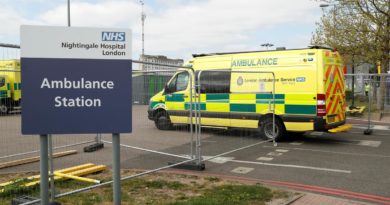