When Germany and Hungary play each other in the Euro 2020 soccer tournament on Wednesday, the match will be viewed as much more than a game. It’ll serve as another front in the war for the future of a more accepting Europe.

On one side stands Hungary, led by autocratic right-wing Prime Minister Viktor Orbán, whose government passed a law last week banning gay people from appearing on TV shows or in educational materials for citizens 18 years old and under. On the other is Germany, the European Union’s leading nation, which alongside other countries has condemned the law as discriminatory and emblematic of Hungary’s democratic backsliding under Orbán.

The week-long political standoff has spilled over onto the continent’s marquee soccer tournament, the quadrennial UEFA European Football Championship, which is taking place this year after it was postponed in 2020 because of the coronavirus pandemic. While the games mainly show which nation’s team is strongest, they occasionally serve as a platform to express political grievances — and the timing of the Germany-Hungary match has provided such a stage.

The city of Munich, which will host the game, sought permission from Europe’s governing soccer body (UEFA) to light the stadium up in rainbow colors as a clear rebuke of Hungary’s anti-LGBTQ law. But the nominally apolitical UEFA declined that request on Tuesday.

“Given the political context of this specific request — a message aiming at a decision taken by the Hungarian national Parliament — UEFA must decline this request,” the body said in a statement. And then on Wednesday, in response to the backlash to its decision, UEFA tweeted that “the rainbow is not a political symbol, but a sign of our firm commitment to a more diverse and inclusive society.”

That hasn’t stopped the Germans from expressing their displeasure with the decision. Rainbow colors will illuminate the town hall and Olympics tower in Munich during the match, multiple stadiums around the country will light up with those colors, and around 11,000 Germany fans will hoist pride flags inside the Allianz Arena. Germany’s captain, goalkeeper Manuel Neuer, will also continue to wear his rainbow-colored captain’s armband.

The Hungarians — namely Orbán and his supporters — feel differently. The prime minister canceled his initial plans to attend the match and blasted officials in Munich for their request. “Whether the Munich football stadium or another European stadium is lit in rainbow colors is not a state decision,” he told German news agency dpa on Wednesday. “In communist Hungary, homosexual people were persecuted. Today, the state not only guarantees the rights of homosexuals, but actively protects them.”

Clearly, then, the law has sparked a disagreement that extends far beyond the soccer field. It’s fueling the core, long-running argument about what the European Union stands for.

Back in March, the European Union’s Parliament declared the bloc an “LGBTIQ Freedom Zone,” meaning all 27 countries should serve as a safe space for anyone and everyone in that community.

On the surface, the EU’s legislature made the declaration in response to a law in Poland declaring 100 ‘‘LGBT-free zones” and the worsening situation for LGBTQ+ people in Hungary. But Nicolas Delaleu, a press officer for the Parliament, told me the measure was about something larger. “It’s a more general reaction that [those laws] weren’t representing European fundamental values,” he told me. “They’re going against what the EU stands for.”

By passing the law last week, then, Orbán’s government has affronted the EU’s sense of inclusivity that it’s more recently cultivated. It’s why leaders in Germany, the Netherlands, Sweden, France, Ireland, and more have spoken out so forcefully against Hungary’s new rules.

“I consider this law to be wrong and incompatible with my understanding of politics,” German Chancellor Angela Merkel said on Wednesday. “It’s a very, very dangerous moment for Hungary, and for the EU as well,” said Thomas Byrne, Ireland’s minister for European affairs.

Tensions are also high on Twitter, with Hungarian and German officials reprimanding each other for their stances. After Germany’s openly gay Europe Minister Michael Roth said the Hungarian law went against EU values, Hungarian Justice Minister Judit Varga responded that “it is not a European value to carry our sexual propaganda on our children.”

Now a punishment for Hungary may be in the works.

Ursula von der Leyen, chief of the European Commission and one of the key leaders of the bloc, said on Wednesday that Orbán should expect action soon. “The Hungarian bill is a shame,” she told reporters in Brussels. “I have instructed my responsible commissioners to write to the Hungarian authorities expressing our legal concerns before the bill enters into force.” However, Hungary’s president is expected to sign the bill and make it law imminently.

It’s not the only time Hungary has tested the EU on its values. Orbán continues to thwart the EU’s aims to accept asylum seekers and refugees, even as the bloc wants to be a more accepting destination for those in need. And facing an election next year, it’s likely Orbán will proceed to bolster his ultraconservative bona fides by backing other similar measures that are detrimental to LGBTQ+ people, asylum-seekers, and others.

With his anti-LGBTQ+ initiative, then, the premier is once again trying to pull the EU toward his rightward vision of a less multicultural Europe. But Tuesday’s soccer game against Germany will be another reminder that he faces stiff opposition.

U.N. chief: killing of Turkish troops one of ‘most alarming moments’ of Syria war 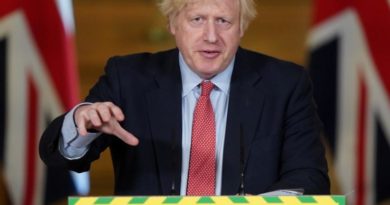