In late February, Jessica Bonner-Gomez, an elementary school speech-language pathologist, signed a yearlong lease for an apartment in Birmingham, Ala. She and her husband, a hospital nurse, thought it would be a temporary move. The couple had recently qualified for a real estate purchase in a housing subdivision, but could only afford the down payment if they tapped into their retirement funds. Ultimately, they decided to save more cash while paying rent.

Bonner-Gomez was making enough to cover expenses and grow her savings. She supplemented her $1,000-per-week income with teaching and tutoring jobs that paid about $400 a week. But when schools shut down in March because of the COVID-19 pandemic, those side jobs dried up. Then summer recess started, and her total income dropped to $80 a week. Her husband’s hospital also cut employee wages for several months. To cover their $1,300 monthly rent, plus car payments, health-insurance premiums, groceries and other expenses, the couple depleted their savings accounts and started relying on credit.

“During the summer it was frustrating and hard,” says Bronner-Gomez. “We were accruing debt on the credit card to the point where it was at 80% utilization. That was not a place we wanted to be.”

Bonner-Gomez’s language pathology work restarted with the new school year, and she’s now earning a higher salary. But the couple has lost so much financial standing that in November, a bank representative said they did not qualify for a mortgage, evaporating their dreams of moving into their first home when their rental lease is up.

“We don’t want to stay in an apartment forever,” she says. “We’re paying someone else all this money per month. We want a place to call our own and raise a family.”

The U.S. real estate market is booming, making it a rare oasis amid the pandemic. Thanks to record-low mortgage rates and a desire for more space to ride out the outbreak, 2020 home sales are on track to exceed last year’s, when the economy was in far better shape. But like many aspects of the pandemic economy, there are winners and losers. Millions of Americans are struggling to make their next rent payment, or have already fallen behind and are relying on temporary eviction moratoriums to avoid homelessness. Experts say this imbalance is widening the gap between the wealthy and the poor.

“Inequalities were bad and growing prior to 2020,” says Daniel McCue, a senior research associate at the Harvard Joint Center of Housing Studies and who recently co-authored an in-depth analysis of the nation’s housing trends. “Then the pandemic hits, and it hits hardest those who were already in the most vulnerable position. It’s making the affordability crisis worse.”

Before the pandemic, the economy was riding a decade-long expansion period. Unemployment was low, making it easier for Americans to pay rent and save to buy a house. But in the spring, as the virus began to take hold of the country, policymakers went full throttle to prevent the housing market from nosediving. Congress issued eviction moratoriums for the country’s 12 million federally financed rental units through the summer. (In September, the U.S. Centers for Disease Control and Prevention enacted its own evictions protections that run through the end of the year.) For homeowners, Congress also passed mortgage forbearance for up to a year, as well as a temporary freeze on foreclosures. The Federal Reserve slashed interest rates to a range of 0% to 0.25%, which in turn pushed mortgage rates down.

Next came the whiplash: the real estate market slumped during the spring lockdown period, then rebounded in dramatic fashion in the summer. Since July, new home sales have hovered between 38% and 48% higher than last year:

The summer rebound was, in part, due to pent-up demand from the spring. But because the sales surge has continued through the fall months, other market forces are clearly having an impact.

For one, people are spending more time in their homes, fueling demand for bigger living spaces, often outside major cities. According to the Harvard study, new construction permits are growing fastest in suburban neighborhoods of small metro areas, reversing a decade-long trend of urban growth. Additionally, data from moving company United Van Lines reveal that people have left large metro areas, including San Francisco, Seattle, and New York, at higher rates in 2020 than 2019. At the same time, smaller metro areas, including Salt Lake City, Louisville, Ky. and Richmond, Va. have seen a higher rate of inbound moves this year from people seeking more budget-friendly and less densely populated areas.

Regardless of why people are choosing to move, low mortgage rates are the catalyst. In July, 30-year fixed mortgages dropped below 3%, the lowest rate on record. By November, they dropped even further, to 2.77%.

Still, homeownership wasn’t a universal opportunity even before the COVID-19 outbreak. And the pandemic has made it an even more exclusive club, reserved for Americans whose savings and incomes have not been affected and who can overcome new barriers to entry.

For instance, the rapid sales spike has diminished housing supply, pushing prices higher for the fewer homes left on the market. The S&P CoreLogic Case-Shiller national home price index, which tracks changes in the total value of single-family homes in the U.S., is up 6.8% year-to-date as of Dec. 2. The price of comparatively low-cost homes are escalating the most, according to the Harvard study. (Exacerbating the supply issue: demand for second homes, which was up 100% in October from last year versus 50% for primary homes, according to an analysis from residential real estate company Redfin). Ultimately, a higher market value means greater upfront costs for homebuyers in the form of larger down payments and closing costs, putting homes out of reach for those without sufficient capital.

Meanwhile, that capital is getting harder to come by. Lower interest rates means cheaper mortgages, but they also make it harder to save in the first place via traditional rate-based accounts. “The Federal Reserve has a blunt tool: lower interest rates,” says Daryl Fairweather, chief economist at Redfin. “That only helps people who have access to credit. You only get that loan if you can pay it back. If you lost your job, you’re not going to benefit.” Furthermore, banks have raised their lending standards to hedge against economic uncertainty, making it tougher for many to borrow. The latest data from the Federal Reserve’s Consumer Credit Panel show that recent homebuyers are among the most financially stable people in the country—72% of mortgage loans last quarter were tied to applicants with credit scores over 760, compared with 64% prior to the pandemic.

Which is all to say that while affluent Americans are on a buying spree, lower income workers are finding it more and more difficult to quite literally get a foot in the door.

“Renters are disproportionately hurt by the crisis,” says Jung Hyun Choi, a research associate with the Housing Finance Policy Center at the Urban Institute. “A greater share of renters lost their jobs. That meant losing savings that could have been used for a down payment, and falling behind on bills, which will hurt their credit and make it more even more difficult for them to be future homeowners.”

Indeed, it’s hard to climb the real-estate ladder if the first step is out of reach. That’s the case for many lower-income Americans who don’t have enough money to make the investment, particularly in this economic climate. Renters have been more likely to experience job losses since March, while nearly 9 million households that rent homes, or about one in six, are behind on payments, according to Census Bureau data released Dec. 2.

The housing disparities are especially pronounced along racial lines. Minority populations have always dealt with racism in the financial markets and redlining practices that keep communities segregated and unequal. But the pandemic is also exposing other racial inequities that make it even harder for minorities to become homeowners. For instance, while 30% of white workers can do their jobs remotely—and are thus more able to move to a city with a lower cost of living—only 20% of Black workers can do the same, according to a March study from the Economic Policy Institute.

As the economy begins to recover post-pandemic, some economic indicators, like employment and consumer spending, will start to normalize. But the bifurcated housing market may have long-lasting effects, in part because wealth transfers between generations. A 2018 report written by Choi based on University of Michigan data found that the homeownership rate is 32% for young adults whose parents were homeowners, versus only 14% for young adults whose parents were renters.

For many families, home equity is the largest component of household wealth, especially for those in the bottom half of the wealth distribution, where more than half of assets are tied to real estate. (In contrast, mutual funds and corporate equities make up the lion’s share of assets for those at the very top.) Home equity also creates wealth because well-kept homes typically appreciate in value over time. Additionally, homeowners can refinance when mortgage rates drop, then apply the monthly savings to other investments.

“If one generation has wealth, it becomes easier for the next generation to build their own wealth,” says Fabian Pfeffer, founding director of the Center for Inequality Dynamics at the University of Michigan. “If you are from a wealthy family, you are more likely to get a college degree and have other avenues for building wealth early in your life, such as home ownership. And when you are older, inheriting family wealth is just the cherry on top.”

It’s unclear how profound the impact of this unequal housing market will be. In the short term, much will depend on whether lawmakers pass measures to help indebted renters make back payments. In the long term, other factors, such as work-from-home trends and the revival of city centers, will influence where people choose to buy homes.

But the pandemic has made one thing very clear: the U.S. housing system is fragile at best. This short but dramatic period of disruption has put millions of people in a financially dire situation, threatening their housing security at a time when having a roof over one’s head has never been so important, argues McCue. Evictions protections will expire on Dec. 31. Barring a new stimulus bill (Congress is currently debating a relief package) or an executive action to extend those protections, more than 6 million households face potential eviction next month, according to the National Low Income Housing Coalition.

“The crisis showed how critical our homes are in terms of safety and health,” McCue says. “Working from home, quarantining in home—it assumes you have a home, that it’s secure, that it’s safe. As a country, we are not doing enough to satisfy the goal of safe and secure housing for all Americans.” 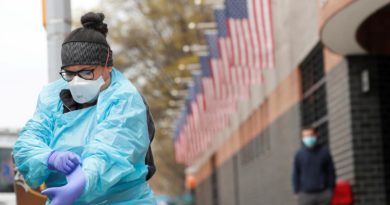