If you were to nominate an infectious disease for “worst in the world,” malaria would probably be a top contender. Every year, it kills more than 400,000 people, most of them children. There’s been significant progress in the fight against malaria — before the Covid-19 pandemic, two decades of public health work had driven death rates down by half — but there’s still a long way to go.

One avenue for finally getting the upper hand in the fight against malaria? RNA vaccination, using some of the same principles as the Moderna and Pfizer/BioNTech coronavirus vaccines. For the past five years, researchers have been working to bring RNA vaccines to the fight against malaria. In 2018, one team at the Yale School of Medicine published early results suggesting that their RNA vaccine approach showed promise — in mice. Last month, a patent was approved for their approach.

What makes the new developments on malaria vaccines especially exciting is that malaria is incredibly difficult to vaccinate against. The disease is carried in mosquito bites and caused by a parasite, typically P. falciparum, and the parasite has a variety of tactics to evade the immune system. For many diseases, once a person has beaten them, they’ll never catch them again; this isn’t true for malaria — it’s possible to catch it over and over.

Despite decades of research, only one malaria vaccine so far has passed muster. It has fairly low efficacy — perhaps around 30 percent — and requires a series of four shots, which makes it a challenge to administer in poor, rural areas where malaria often hits the hardest.

Most vaccines use a dead or inactivated disease agent. RNA vaccines work differently: They inject the RNA instructions that our cells use to produce proteins. The cells then produce the proteins themselves and develop an immune response from there.

There’s some reason to think that the RNA approach might produce more durable immunity against a disease like malaria. When the approach was tried in a mouse model by the Yale School of Medicine team, preliminary results looked good. The next stage is human clinical trials, possibly at the University of Oxford, where the vaccine is being further evaluated and whose anti-malaria program includes human challenge trials with volunteers to test vaccine efficacy.

We shouldn’t celebrate prematurely. There are still a lot of things that can go wrong, from a vaccine being found effective in mice to saving hundreds of thousands of lives each year. But because malaria causes so much harm, approaching a malaria vaccine from many different angles — even knowing that most of them won’t pan out — is well worth it. A promising vaccine candidate is really good news, even as we should be aware that there is a long way to go.

Why malaria is so hard to vaccinate against

Malaria is caused by a parasite that is carried in mosquitos, and humans are infected when the mosquitos bite them.

The disease causes fever and chills and in severe cases anemia, seizures, and respiratory problems. Healthy adults usually recover, but malaria is devastating to those with weaker immune systems, especially younger children and pregnant people. Malaria is one of the leading causes of miscarriages, stillbirths, and child deaths around the world.

In rich countries, malaria was largely eradicated in the mid-20th century through mass spraying of insecticides, including ones like DDT that have been since banned due to their ecological consequences. But many poor countries still have endemic malaria, and the range of malarial mosquitos is expanding due to climate change.

Measures like insecticide-treated bednets are reasonably effective against malaria, but no one can spend all their time under a bednet, and over time we have to develop insecticides that mosquitos aren’t resistant to. Treating entire populations with prophylactic malaria medications also works reasonably well, but it’s costly and hard on the young children who are most at risk. While malaria deaths were declining for decades, that decline has stalled in recent years.

The disease has long posed a challenge for vaccine makers. It is harder to vaccinate against than many other diseases where vaccination has resulted in huge public health successes. A major reason is that it’s caused by a parasite, not a virus or bacteria. The parasite attempts to disable the immune system’s defenses in various ways. We’re still learning exactly how it does that — various genes that contribute have been identified, and scientists have found some ways that normal immune system function is disrupted by the parasite — but there’s still more to learn.

One thing is clear: Having gotten malaria once doesn’t make you immune for life. And teaching the immune system to fight off malaria, like vaccines need to do, is very hard.

There is only one vaccine approved for malaria — RTS,S, which first rolled out in Malawi in 2019. In clinical trials, the vaccine prevented about 40 percent of cases of malaria — and only 30 percent of the most severe cases. After three years, effectiveness further diminishes.

That’s much, much lower than the success rate of vaccines for most other early childhood diseases. The measles vaccine, by comparison, is 97 percent effective, and the chickenpox vaccine prevents 85 percent of cases and nearly 100 percent of severe cases.

But even a 30 percent reduction can make a big difference, so these results were sufficient to suggest that RTS,S should be deployed on a large scale for, as the authors of a massive 2015 clinical trial put it, “an additional means for malaria control whilst the next generation of malaria vaccines are being developed.”

An RNA vaccine against malaria

Here’s how many traditional vaccines work: You’re exposed to a version of the disease agent, dead or weakened so it can’t get you very sick. Your body successfully fights it off, building immunity.

The last year — and the Covid-19 pandemic — has allowed a new approach to vaccines to burst into public awareness. The Pfizer/BioNTech and Moderna vaccines that have proven so effective against Covid-19 use RNA — the instructions our cells use to produce proteins. Instead of injecting you with a dead virus, mRNA vaccines inject a set of instructions for the body’s own cells. The body follows the instructions and prints key proteins — and then mounts an immune response to those unfamiliar proteins. This is the innovation on which the new malaria vaccine rests (with a slight difference; more on this below).

In the case of malaria, an RNA vaccine might have significant advantages over conventional vaccine approaches. Giving someone malaria doesn’t give them very good immunity to malaria because of the ways that the parasite interferes with our immune system, and in particular with the immune cells that help us “remember” past infections and respond to them.

But with an RNA vaccine, it’s possible to do something much more precise: figure out exactly which proteins we want to train the immune system to respond to and inject just those, hopefully in a way that creates lasting immune memory.

The malaria vaccine under development by the Yale School of Medicine group is what’s called a self-amplifying RNA platform (saRNA). The way an saRNA vaccine works, what is injected are not just instructions to make the protein that we want to expose the immune system to, but also instructions to make more of the vaccine itself. This has some advantages over the mRNA platform used for the coronavirus vaccines.

For one thing, it should be easy to manufacture millions of doses — each person needs only a very small dose, since it’ll replicate at the vaccination site, and the same thing that makes it replicate in injected cells makes it easy to replicate in the lab and for commercial production.

Second, it shouldn’t have the cold-chain requirements of the mRNA vaccines. Co-inventor Richard Bucala at Yale told me that it should be possible to store the vaccine in a normal refrigerator (as opposed to the Moderna and Pfizer/BioNTech vaccines — new research suggests they can be stored short-term in freezers and ultracold freezers are only needed for long-term storage, but even that poses large logistical challenges in developing countries).

In 2018, the team gave this approach a try in a mouse model of malaria, and found impressive results. They’ve since partnered for further studies with the University of Oxford.

At the time, the research didn’t make much of a splash. But when their patent was granted in February, it earned a lot more publicity.

“This work has been going on for four-five years,” Bucala told me. “However, the exigencies of the pandemic allowed regulatory agencies and the public to be far more accepting of RNA.”

Now that mRNA vaccines are in the public eye, researchers are excited about their applications for every problem from the seasonal flu to cancer — and there’s a lot more public interest in research like this.

But lots of things about immunity don’t transfer as well as we’d like from mouse models to people. And saRNA vaccines for humans haven’t been successfully developed anywhere yet. As Derek Lowe put it in Science magazine, “It’s a long shot, but it’s a good one to try.”

A highly effective vaccine for malaria is still probably a ways away, with lots of huge technical hurdles ahead — and in the frustrating world of pharmacology, no mouse result is ever worth staking too much confidence on. But trying lots of different approaches is how we’ll eventually beat malaria, even though many of them will fall through. This project deserves tons of investment and further work, and I hope it succeeds. 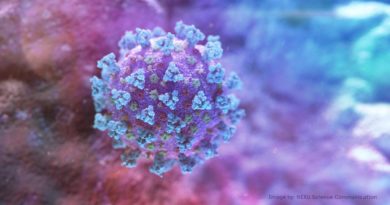