The Nobel Prize in Physiology or Medicine went to three scientists on Monday for their discoveries that led to the identification of the hepatitis C virus, which affects more people than HIV worldwide.

Harvey J. Alter, Michael Houghton, and Charles M. Rice “made a decisive contribution to the fight against blood-borne hepatitis,” the Nobel Assembly said in a press release.

Alter is an emeritus researcher at the the National Institutes of Health and Rice is a virologist at Rockefeller University. Houghton is a British virologist at the University of Alberta in Canada. The 10 million Swedish kronor (or $1,118,000) prize was announced at the Karolinska Institute in Stockholm, Sweden.

Hepatitis refers to inflammation of the liver. There are two main forms: acute and chronic. The acute form of the disease is caused by the hepatitis A virus, which is spread through contaminated water or food.

Hepatitis B and C can cause chronic liver disease, and together, “are the most common cause of liver cirrhosis and cancer,” according to the World Health Organization (WHO). Globally, some 71 million people have chronic hepatitis C virus infection, the WHO estimates, and the disease is linked to 400,000 deaths.

Hepatitis B can be spread through numerous bodily fluids, including semen and blood. The C virus is transmitted only through contact with the blood of an infected person — often via dirty needles, infected blood products, or sexual contact. Some people exposed to the virus spontaneously clear their infection without experiencing any disease. In others, the virus can lurk silently, with symptoms of chronic liver disease appearing years after exposure to the virus.

Before the Nobel winners’ discovery of the virus, no one knew why many people receiving blood transfusions appeared to develop chronic hepatitis. “After hepatitis A and B were discovered in the 1970s, it was clear there was still at least one other virus or more that were causing liver damage,” Will Irving, a virologist at the University of Nottingham, told the AP. “We knew there was a virus in the blood supply, because when people had blood transfusion they would get liver damage … It was recognized as a risk but there was nothing we could do. We didn’t know what the virus was and we couldn’t test for it.”

The work of Alter, Houghton, and Rice — in the 1970s and ’80s — “revealed the cause of the remaining cases of chronic hepatitis and made possible blood tests and new medicines that have saved millions of lives,” the Assembly said.

As for their individual contributions, Alter hypothesized that a then-unknown virus was an important contributor to chronic hepatitis, while Houghton isolated the genome of the new virus. Rice “provided the final evidence showing that hepatitis C virus alone could cause hepatitis,” the Assembly said.

There’s currently no vaccine for hepatitis C, but medications — known as “direct-acting antivirals” — can now cure the disease. One such cure, branded as Sovaldi in the US by the drugmaker Gilead, ignited a controversy over pharmaceutical price gouging when it debuted in 2013 with an $84,000 price tag for a 12-week course of treatment.

Since then, additional hepatitis C drugs, including lower price generics, have entered the market. The competition “has been very effective putting the price down close to $20,000,” said Craig Garthwaite, director of the program on health care at Northwestern University’s Kellogg School of Management. “That is still high, but well within cost effective price range.” Indeed, a 2020 study on hepatitis C drug pricing said “cost remains a key barrier to access for many patients and for scale-up in many national health programs.” 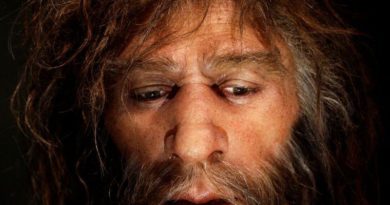