It’s not every day an entire government resigns, but that’s what happened in Russia on Wednesday as President Vladimir Putin announced plans for major constitutional reforms that could extend his grip on power long after his term in office is supposed to end.

Because Putin’s power is really what this surprise announcement is all about. Putin’s tenure as president is up in 2024, but because authoritarian strongmen don’t tend to just quietly retire, the Russian leader is trying to secure his position long after those term limits.

Putin’s plan for staying in power past 2024 “has been in the works for years,” Alina Polyakova, director of the Project on Global Democracy and Emerging Technology at the Brookings Institution, told me. “It’s not a power grab, it’s a plan to ensure that Putin de facto remains in power for life.”

Prime Minister Dmitry Medvedev and his entire cabinet resigned abruptly Wednesday, right as Putin announced the new constitutional reforms. It’s still unclear if Medvedev and the other officials were surprised by Putin’s move or whether they were part of the plan all along.

But Medvedev, a longtime Putin ally, will still have a role in government, as Putin has placed him as the deputy chairman of Russia’s Security Council, a powerful body that advises the president on national security decisions.

Just a few hours after Medvedev’s resignation, Putin appointed a new prime minister to take his place: Mikhail Mishustin, a technocrat who’s been in charge of Russia’s tax services for a decade.

Experts told me that Mishustin is not a well-known or influential figure even within Russia, so Putin likely sees him as a placeholder — a loyalist type who isn’t looking to accumulate too much power for himself.

Which all kind of works out as Putin prepares for his future.

How to be in power for life, Putin edition

Putin’s proposed constitutional reforms broadly seek to limit the power of the presidency and give more responsibilities to the Parliament, including the job of choosing the country’s prime minister. He also intends to give more power to the State Council, an advisory body to the head of state that doesn’t have a ton of authority right now.

On paper, this all doesn’t sound too bad; vesting more authority in the Parliament and checking some of the president’s powers might not be a bad move, and Putin is a perfect example why.

The problem is that Putin’s constitutional changes intend to limit the power of a president who is not him, thus ensuring his successor is far weaker than he was.

And what Putin hasn’t quite revealed yet is where he’ll, personally, end up. There’s speculation he may become prime minister again (a role he held in 2008, when Medvedev took over as president), who will have more power under the reforms, or he may put himself atop this newly elevated State Council as a sort of shadow figure running the show behind the scenes.

But Brian D. Taylor, a professor of political science at Syracuse University, said all of these constitutional tweaks are clearly designed to give him “multiple options” for how to maintain control of Russia beyond 2024.

“I’m not sure his plan is fully worked out from A to Z,” Taylor added. “He might only know A to E — and we’re at about A to C right now.”

Putin was always going to find a way to stay in power. The question was how.

Nobody really expected Putin — who has effectively been in power since 2000 — to quietly retire after his tenure ended in 2024. Putin served as president between 2000 and 2008, then stepped into the role of prime minister when his term limits were up, from 2008 to 2012. His close ally Medvedev took over as president, where many saw him as a placeholder for Putin. Then, Medvedev let Putin come back as president in 2012.

Putin, then, has attempted this kind of power reshuffle before. The question was how exactly he would orchestrate it this time.

The first, and most obvious, option was to extend or eliminate presidential term limits again, buying him more time in the role. Putin is almost certainly not choosing this route, as his proposed constitutional changes include limiting the president to two consecutive terms.

Another option he apparently considered: creating a brand-new country and becoming president of that place instead.

This is not a joke — it just doesn’t look like it will pan out for Putin. The country in question is Belarus, a former Soviet Republic in Eastern Europe that borders Russia. Belarus declared its independence in 1991, but in 1999 Belarus and Russia signed a union pact that outlined, albeit vaguely, closer integration between the two countries. The Moscow Times likened the agreement to trying to replicate something like the European Union’s Schengen zone, with no customs checks and the same currency.

Last year marked the 20th anniversary of the pact, which jump-started talks between Putin and Belarusian President Alexander Lukashenko over what a union between the two could look like — and whether it would ultimately lead to Belarus being absorbed by Russia.

This led to some speculation that Putin would try to become president of a united Russia-Belarus and basically get around term limits that way. The talks haven’t been going all that well, though, and a lot of opposition exists, so the prospects for that avenue looked pretty grim.

That brings us to option three, which seems to be the one Putin chose — what Taylor dubbed the “half leave” scenario: Putin won’t be president anymore, but he’ll still be Putin-ing.

“He’s leaving the presidency, but he’s almost certainly going to take some other position and try and stay on,” Taylor told me. “But we still don’t know what this position is, or when this is going to happen.”

“There were multiple options under consideration,” Polyakova told me. “This was always the most straightforward one.”

Right now, the two most likely options, experts say, are the prime minister or the head of the State Council, which Putin said would be getting new powers. But it’s still not clear what his ultimate move will be.

Putin has said that he will seek these constitutional changes through a national referendum — something that isn’t actually required to change the constitution but which he said would give the reforms legitimacy. Or, at least give Putin’s initiative the veneer of consent.

Putin’s proposal isn’t a done deal, though. Far from it.

Putin has faced pressure in recent months, including massive pro-democracy demonstrations in Moscow this summer.

Putin and the ruling United Russia party (from which Putin keeps his distance) have been slipping in popularity as more Russians become disillusioned with the state of the Russian economy, including rising inequality and falling incomes. Declining oil prices and sanctions have squeezed the Kremlin, and the government had to push through unpopular measures in previous years, including increasing the retirement age.

Experts told me this resistance is partly why Putin is making this announcement now. The Kremlin is under pressure, and what better than a shake-up to help distract from those issues. Polyakova told me it helps give Putin an “image of stability and strength.”

Putin’s future, though, is still not decided, and obstacles remain. Challenges with the economy and questions of corruption can’t totally be ignored. David Szakonyi, a professor of political science at George Washington University, told me that reforms and other changes will need to accompany these tweaks to the power.

Russia also has parliamentary elections in 2021, which means Putin has to make sure he retains overwhelming support there.

“I think it would be a mistake to assume that he’s got this all under control and everything’s going to go smoothly,” Taylor said. “We’re at the early stages of a multi-process, multiplayer game and lots of things can still go wrong.” 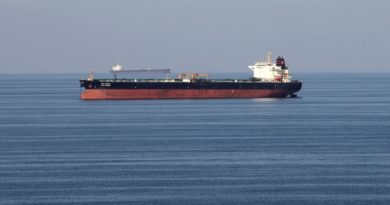