Joe Biden has denied sexually assaulting former staffer Tara Reade 27 years ago, in his first public statement on the allegations.

“They aren’t true. This never happened,” the Democratic presidential candidate said in an interview with MSNBC’s Morning Joe on Friday.

The allegations have embattled Mr Biden’s campaign as he seeks to secure the party’s nomination and take on Donald Trump in the 2020 presidential elections. Multiple people have come forward in recent days to confirm Ms Reade told them about her claims during the 1990s, including her brother and a former neighbour.

But on Friday, Mr Biden cited a “full and growing record of inconsistencies” in the former staffer’s allegations while calling for all records related to Ms Reade’s accusations to be released to the public. The presumptive Democratic nominee also called on the National Archives to search for and release any written complaints Ms Reade may have filed against him, as she has claimed.

The former vice president also told the show’s Mika Brzezinski he did not “remember any complaint ever having been made”, refuting claims Ms Reade made to the media in recent weeks, in which she said that she notified multiple people who worked for Mr Biden at the time of the alleged assault.

Several former staffers who Ms Reade said she notified about the allegations told NPR they do not recall her making the claims.

The interview featured several tense moments between Mr Biden and Ms Brzezinski — the campaign reportedly wanted a female host or correspondent to ask the questions about the alleged assault.

The show’s co-host questioned Mr Biden over why he would not call for additional investigations or releases of information from University of Delaware, which reportedly holds many of his records from his time in the US Senate under seal.

This is a breaking news story. More follows… 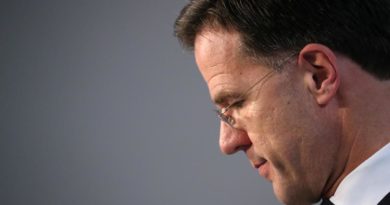 Hard habit to shake: Dutch PM Rutte has to hold his hands up