Thousands of explicit photos and videos of Irish women have been shared on public forums without their consent.

Mary Lou McDonald, leader of Sinn Fein and Leader of the Opposition in Ireland, called the breach a “profound violation of women and girls’ rights”.

Megan Sims, from Limerick, became a campaigner against image-based abuse after her own photos were shared without her consent in 2016.

She  is responsible for shutting down one online forum on which 500 users shared more than 11,000 images.

Talking about the safety and mental health of those impacted by the leak, Ms Sims said “someone will end up dead”.

Helen McEntee, Ireland’s minister for justice, tweeted her support for those who had been victimised by this mass breach of consent and stated that she is working “to enact the Harassment, Harmful Communications and Related Offences Bill and it will come back before the Dail next month”.

Ms McDonald argues that the lack of these protections show the “inadequacies of Irish law”, and states that changes to this situation are moving at a “glacial pace”.

Ms Sims has also started a petition to make image-based sexual abuse a crime in Ireland, and see those guilty of such offences to be added to the sex offenders register and face a criminal conviction with jail terms of up to 7 years.

In her petition, which currently has more than 61 thousand signatures, Ms Sims says: “Image-based sexual abuse is a huge violation of privacy and is a continuum of revenge pornography, upskirting, cyber-flashing, and many more.

“Many women in Ireland are constantly targeted and disproportionately affected by this resulting in severe repercussions, leading in some cases to suicide.

“Girls affected by image-based sexual abuse are often also victims of severe cyberbullying and job losses because of this”.

In 2017, journalist Dara Quigley died by suicide after CCTV of her walking naked through the street during what her mother called a “psychotic episode” was shared by police through WhatsApp groups.

Quigley’s mother has now joined the campaign to introduce laws on image-based sexual abuse in Ireland. 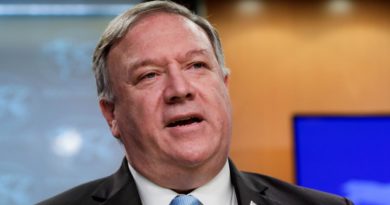