The Trump administration will not allow TikTok to continue its current tactics of collecting sweeping amounts of data about Americans, said Treasury Secretary Steven Mnuchin, who warned the Chinese-owned firm his department has the power to end the practice.

Donald Trump “has made perfectly clear, it’s not going to continue with this in this form,” Mr Mnuchin said of the US president, who has threatened to shut down TikTok’s American operations. The Treasury chief, however, declined to comment on Microsoft’s efforts to buy the social media application during a CNBC interview.

Mr Trump last week signed executive orders that would ban TikTok and WeChat from operating in the United States unless they are sold by their Chinese owners.

The TikTok-specific order states the application would be shut down in the US without “any transaction by any person, or with respect to any property, subject to the jurisdiction of the United States, with ByteDance Ltd.”

What’s more, allowing TikTok to continue operating in the US “threatens to allow the Chinese Communist Party access to Americans’ personal and proprietary information – potentially allowing China to track the locations of Federal employees and contractors, build dossiers of personal information for blackmail, and conduct corporate espionage.”

To that end, Mr Mnuchin last week told reporters the administration was conducting a national security review of TikTok’s US operation.

Some US big tech officials, like Facebook head Mark Zuckerberg, are warning Mr Trump to opt against banning TikTok. They claim a ban would set a dangerous precedent for other social media platforms. 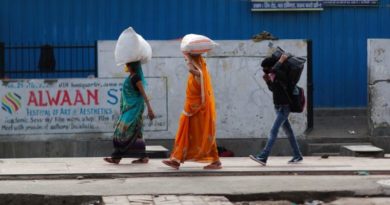