President Donald Trump took to Capitol Hill Tuesday to sell lawmakers on his economic stimulus plan for the novel coronavirus outbreak — one that’s seemingly designed to help him get reelected this fall.

Trump’s plan, which he has called “very dramatic,” includes a temporary payroll tax cut and an economic bailout of the airline and cruise industries.

The Covid-19 outbreak has reached the point where it has caused a fairly substantial economic disruption in many areas around the US; financial markets had their worst day since 2008 on Monday, according to one index, though they showed signs of a bounce back early Tuesday. But as more areas around the world are hit by coronavirus outbreaks, more people will stay in. And that could ultimately grind the economy to a halt, as Vox’s Matthew Yglesias explained:

This is good public health practice, and it is appropriate for Seattle’s major employers to cooperate with government requests for social distancing. But this is going to be a huge problem for coffee shops and lunch spots in Seattle business districts, whose whole purpose in life is that there are people around. Workers here, too, are going to lose hours and tips and will need to pull back on their spending. …

You don’t need to posit any kind of apocalyptic casualty rate to see that there’s going to be a huge economic problem if basically everyone all around the world ends up being encouraged to leave the house less and do less stuff. And the white-collar workers hunkered down with Slack and Zoom apps aren’t going to be left unscathed if nobody has money to buy stuff.

With that in mind, Trump hopes to stem the losses with his economic stimulus plan while also boosting his reelection chances — and pushing a tax cut he’s been touting since last year.

A payroll tax cut would lower the amount of taxes paid by both employees and employers, but wouldn’t help unemployed people or people who miss work without pay due to illness or quarantine. According to a CNBC report, Trump pitched a zero percent payroll tax through the end of the year, meaning that neither workers or employers would be on the hook for the 6.2 percent tax up to $137,700 payroll taxes they usually pay to fund Social Security, or the 1.45 percent tax that funds Medicare.

Trump has been pushing for a payroll tax cut since passage of the last round of Republican tax cuts. “I’ve been thinking about payroll taxes for a long time,” he said in the Oval Office in August 2019. President Obama utilized a payroll tax cut as part of his economic stimulus plan in 2009, but a 0 percent tax rate would be a much more extreme measure.

During a lunch meeting with GOP senators, Trump said that he wants the payroll tax holiday to last through the November election, in order to avoid a sudden tax increase right before voters head to the polls to decide whether he returns to office.

Scoop: Trump told Republican senators in private lunch that he wants a payroll tax holiday *through the November election,* sources tell me. He doesn’t want taxes to go back up before voters decide whether to return him to office. Story out soon.

Additionally, Trump has floated the idea of bailouts for some industries affected by Covid-19. After first hinting at this plan in a press conference Monday, Trump asked lawmakers Tuesday for stimulus money for the airline and cruise industries after extensive travel cancellations. News broke Tuesday that he’d also seek funds for the shale industry, according to a Washington Post report.

The shale industry hasn’t experienced any outsized impact specifically from coronavirus, but has taken a significant hit as Saudi Arabia and Russia have engaged in a dispute over oil.

Trump appears eager to help the industries that have most visibly been hit by coronavirus. There’s been a lot of attention on stranded cruise ships full of potentially infected people, or empty planes as government officials discourage people from traveling. But ultimately airliners and cruise ship operators constitute a relatively small percentage of the overall economy.

None of the industry-specific potential bailouts will directly go to workers who depend on tips generated from giant — now canceled — annual conferences like SXSW or Emerald City Comic Con. Those lost wages could have a ripple effect throughout the rest of the economy.

In addition to the payroll tax cut and bailouts, Trump suggested to lawmakers that he would like to provide assistance to hourly employees who miss work due to illness. A paid sick leave program would appear to fit that bill.

And he announced earlier Tuesday that several major health insurance companies had agreed to waive co-pays for coronavirus testing. The Department of Health and Human Services told CBS News that uninsured individuals who suspect they are infected may “receive care at a Community Health Center at a reduced cost or free of charge depending on their economic status. … The health center can assess whether the patient needs testing.”

But the focus of Trump’s plan is tax cuts and bailouts for a few industries — ideas more tailored to boosting his electoral prospects than helping Americans weather a potential pandemic.

And he wants the economic stimulus fast. House Speaker Nancy Pelosi said earlier in the day that it might not be possible to vote on a plan by the end of the week, which drew an angry response from Trump on Twitter: “Nancy Pelosi just said, ‘I don’t know if we can be ready this week.’ In other words, it’s off to vacation for the Do Nothing Democrats. That’s been the story with them for 1 1/2 years!” 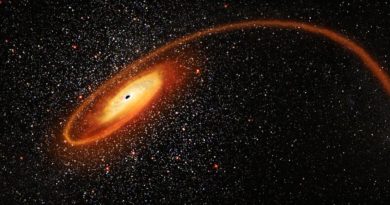 Why the Covid-19 coronavirus is worse than the flu, in one chart