Donald Trump has commuted the sentence of long-time confidant and political ally Roger Stone, with a White House statement claiming he “is a victim of the Russia Hoax that the Left and its allies in the media perpetuated for years in an attempt to undermine the Trump Presidency”.

The outspoken Republican consultant had been due to start 40 months behind bars on Tuesday for lying to Congress, obstruction and witness tampering – charges linked to an investigation into alleged Russian interference in the US political process.

Meanwhile cases of the Covid-19 coronavirus have continued to surge across the US, with a Reuters tally saying the figure had risen by 69,000 on Friday – setting a record for the third consecutive day. Among the states hit by a rise in numbers has been Florida, where the Walt Disney company intends reopen its flagship theme park.

One in six Mississippi lawmakers infected with coronavirus

Mississippi’s statehouse has shut down for two weeks after 26 state lawmakers and 10 employees contracted the coronavirus.

The latest outbreak has infected nearly a sixth of the state legislature, including the leaders of both chambers, following an active legislative period at the capital – including measures to remove the Confederate battle flag from the state’s flag – at which many members failed to wear any face coverings.

Mississippi’s surging Covid-19 cases follow a worrying trend across the south and in several other states, including California, as new confirmed infections in the US swelled by 1 million within the last month alone.

New cases of Covid-19 rose by over 69,000 across the United States on Friday, according to a Reuters tally, setting a record for the third consecutive day.

In Texas, another hot zone, Governor Greg Abbott warned he may have to impose new clampdowns if the state cannot stem its record-setting caseloads and hospitalisations through masks and social distancing.

“If we don’t adopt this best practice it could lead to a shutdown of business,” the Republican governor told local media, adding it was the last thing he wanted.

Disney World to reopen despite uptick in Florida cases

The park that calls itself “the most magical place on earth” has fallen quiet  during lockdown – but Disney World Florida is reopening after nearly four months with new rules in place despite surging cases on the state.

The reopening comes as a huge surge of Floridians have tested positive for the new coronavirus in recent weeks. Many cities and counties around the state have recently reinstated restrictions that had been lifted in May, when cases seemed to drop.

All of Disney’s Orlando parks closed in mid-March in an effort to stop the virus’s spread. Universal Orlando and SeaWorld Orlando closed around the same time but reopened several weeks ago after instituting similar rules to protect employees and customers from the virus.

The justice department plans to appeal a judge’s ruling that would halt authorities from carrying out the first federal execution for two decades on Monday.

The family of the victims in the case had requested that it be called off because their fear of the coronavirus would keep them from attending. They have long called for him to be given a life sentence instead of a lethal injection, and have demanded that they be present to counter any contention that it was being done on their behalf.

Now their pandemic objection could postpone the execution indefinitely. Daniel Lee, 47, had been scheduled to die by lethal injection on Monday after being convicted in Arkansas of the 1996 killings of gun dealer William Mueller, his wife, Nancy, and her 8-year-old daughter, Sarah Powell.

But Chief District Judge Jane Magnus-Stinson ruled Friday that the execution would be put on hold because the family’s concern about the pandemic, which has killed more than 130,000 people and is ravaging prisons nationwide.

The big story of the day is Donald Trump’s decision to use his presidential powers to intervene in the case of his friend Roger Stone, sparing him from jail.

The longtime Republican operative was convicted in November on seven counts alleging that he lied to lawmakers about communicating with WikiLeaks, tampered with witnesses and obstructed a House intelligence committee investigation into the president’s 2016 campaign.

In a lengthy White House statement, the press secretary’s office claimed Stone is a “victim of the Russia hoax” and that evidence of collusion was only a “fantasy of partisans unable to accept the result of the 2016 election”.

Donald Trump has commuted sentence of his friend and confidant Roger Stone – days before he had been due to report to prison for the start of his 40 month sentence.

The move has stoked alarm from the president’s political rivals. House Intelligence Committee Chair Adam Schiff called it “offensive to the rule of law and principles of justice. Democratic National Committee Chair Tom Perez asked, “Is there any power Trump won’t abuse?”

Meanwhile coronavirus cases have continued to surge at record rate across US – with a Reuters tally saying the figure had risen by 69,000 across the United States on Friday.

Among the states to have been impacted were Florida – where Disney World is still planning to reopen in the coming days.

And the Justice Department to appeal judge’s decision to halt first federal execution in nearly two decades. Daniel Lee, 47, had been scheduled to die by lethal injection on Monday – but the family of the victims in the murder case had requested that it be called off because their fear of the coronavirus would keep them from attending.

Want to bookmark your favourite articles and stories to read or reference later? Start your Independent Premium subscription today. 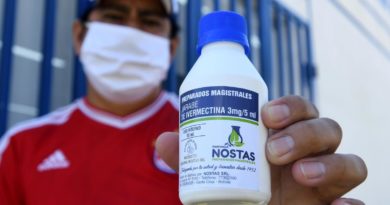 How the Pentagon plans for climate change