The president also struck a distinctly authoritarian tone yesterday, spending plenty of time mocking peaceful racial justice protesters as “thugs”, saying it’s best to sit back and watch the “disaster” unfolding in Seattle’s occupied Capitol Hill Autonomous Zone and begging Washington governor Jay Inslee to ask him to send in the National Guard to break it up by force.

The president also proposed a year-long jail sentence for flag burners and defended the Confederacy against statue topplers, saying: “The unhinged left-wing mob is trying to vandalise our history, desecrate our monuments. Our beautiful monuments.”

His team had already made its intolerance of protesters clear when they forcibly removed a woman in an “I can’t breathe” T-shirt in tribute to George Floyd from the arena grounds, despite her insisting she had a ticket.
The event also attracted some unsavoury right-wing fringe elements drawn to the president’s rhetoric, including Hawaiian-shirted Boogaloos.

Alex Woodward has more on the clampdown. 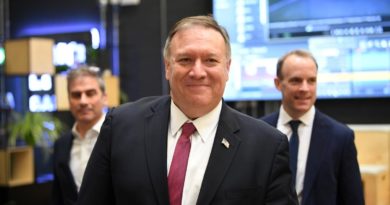 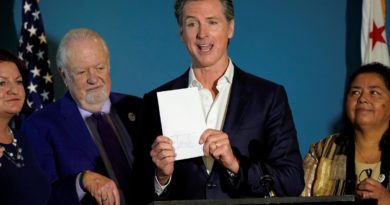