As a bipartisan push to remove reminders of the US Civil War and Jim Crow segregation moves across the South, Democratic Party leaders are hoping to use these symbolic changes as part of a fundamental shift at the ballot box.

Many Southern electorates are getting younger, less white and more urban, making them less likely in theory to embrace Donald Trump’s political ideology.

Now, Southern Democrats are pairing a demographically diverse slate of candidates for state and congressional offices with presumptive presidential nominee Joe Biden in the hope of significantly shifting the party’s standing in Southern states.

Strategists believe Mr Biden can appeal to what it known to be the nation’s most culturally conservative region.

“There’s so much opportunity for everyone in this region,” Jaime Harrison, Democratic challenger to South Carolina senator Lindsey Graham, said.

Republicans have also acknowledged that the South is shifting, even if they do not necessarily see 2020 as a redefining year.

Mr Buchanan said GOP-run state House chambers in Georgia and Texas are up for grabs, as are Republican US Senate seats in North Carolina, Georgia and perhaps Texas.

Meanwhile, Senate contests in South Carolina, Alabama and Mississippi could be much closer than typical statewide races in those Deep South states.

“Georgia and the South are changing faster than most people think,” DuBose Porter, a former Georgia lawmaker and state party chair, said.

“That was happening before Trump,” Mr Porter added, but the president “has accelerated it.”

Trump impeachment schedule: What to expect from Senate trial 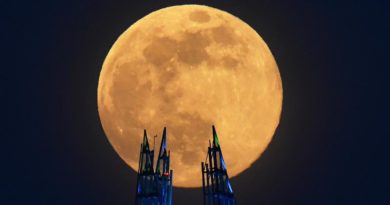 Largest supermoon of 2020 rises on a world battling COVID-19