President Donald Trump just said his administration “will not even consider the renaming” of 10 US Army facilities named after Confederate leaders, even though top Pentagon leaders said earlier this week that they were open to discussing such a change.

On Monday, Army spokesperson Col. Sunset Belinsky told Politico that “The secretary of defense and secretary of the Army are open to a bipartisan discussion on the topic.”

That opened the door for the Army to potentially reverse its long-held position on keeping the names honoring Confederate officers. The Army defended that stance as recently as February, with a spokesperson telling Task & Purpose, “The Army has a tradition of naming installations and streets after historical figures of military significance, including former Union and Confederate general officers.”

But the Army has come under renewed pressure in recent months to change its position. In February, the Marines signaled that Confederate-related items — including the Confederate battle flag — would no longer be permitted on its bases and officially followed through last week.

More recently, the protests sparked by the police killing of George Floyd have prompted states like Virginia and Florida to announce plans to remove Confederate statues. Now, some of the Army’s most revered retired generals and former top civilian leaders have come out in support of the Pentagon’s seemingly more open stance.

But despite the growing movement recognizing the explicitly racist history behind the naming of Army installations after Confederate officers, the president remains intransigent.

“The United States of America trained and deployed our HEROES on these Hallowed Grounds, and won two World Wars,” he wrote in short Twitter thread Wednesday. “Therefore, my Administration will not even consider the renaming of these Magnificent and Fabled Military Installations.”

…history of Winning, Victory, and Freedom. The United States of America trained and deployed our HEROES on these Hallowed Grounds, and won two World Wars. Therefore, my Administration will not even consider the renaming of these Magnificent and Fabled Military Installations…

…Our history as the Greatest Nation in the World will not be tampered with. Respect our Military!

That white racial resentment is still alive and well in America, and Trump clearly seems to see it as a winning strategy for the 2020 election, too.

But recent polling suggests attitudes toward issues of systemic racism and police violence have changed dramatically in recent weeks following George Floyd’s death at the hands of Minneapolis police last month, including among white voters — a trend that a number of Congressional Republicans seem to recognize as well.

The New York Times reports that congressional Republicans were “caught flat-footed by an election-year groundswell of public support for overhauling policing in America to address systemic racism” in recent weeks and “are struggling to coalesce around a legislative response.”

Trump’s decision to publicly stake a hardline position on the base-renaming issue right in the middle of this could possibly hurt such efforts.

Why the Army named bases after Confederates in the first place

All 10 facilities named after Confederate men are in the South: three in Virginia, two in Louisiana, two in Georgia, and one each in Alabama, North Carolina, and Texas.

As the nation mobilized for both world wars, political leaders amended Jim Crow-era laws to allow more minority troops into the military’s ranks. Perhaps the most consequential amendments were made to the Selective Service Act of 1940, which required men between 21 and 45 years of age to register for the draft.

Two amendments to the law, one by Sen. Robert Wagner (D-NY) and another by US Rep. Hamilton Fish (R-NY), allowed black Americans and other minorities to volunteer for war or be drafted. The final text of the statute read “there shall be no discrimination against any person on account of race or color” in selecting or training men in the military services.

The Pentagon’s official history of racial integration in the armed forces concluded that, with varying degrees of success, such changes “actually spread federally sponsored segregation into areas where it had never before existed with the force of law.”

Most of those areas were in the South. Mike Jason, a retired Army colonel who commanded troops in Iraq and Afghanistan, told me on Tuesday the region had lots of cheap land, which is why the Army in the early 1900s built bases and other facilities there.

As a way to appease racist white political leaders and locals who didn’t want a more integrated military nearby, the Army named bases after Confederate “heroes” who were popular among these leaders and locals.

Take Fort Gordon in Georgia, first established as Camp Gordon in 1916, smack in the middle of World War I. It’s named after Lt. Gen. John Brown Gordon, one of Confederate Gen. Robert E. Lee’s most trusted officers. Gordon was elected to the US Senate in 1872, but he was also widely known as the head of Georgia’s chapter of the Ku Klux Klan (a charge he, as leaders of the organization often do, denied).

By the time of his death in 1904, according to the New Georgia Encyclopedia, he was for many “the living embodiment of the Confederacy.”

This is the kind of history Trump wants to preserve. That he’s openly defending this practice — at a time when the country is reeling from racial inequality — shows what the president truly values. 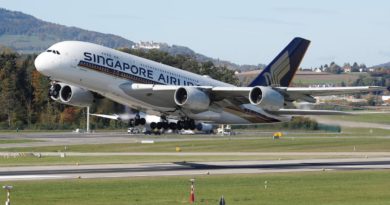