(Reuters) – Two residents at a long-care facility in British Columbia with no recent travel history have tested positive for the new coronavirus infection, making it Canada’s first known case of the disease at a nursing home, provincial officials said on Saturday.

“This is one of the scenarios.. we have been most concerned about,” Henry said. “We know that the risk for elderly people, having this disease, is very concerning and they are likely to have more severe disease. Particularly older people with underlying chronic illness.”

An outbreak protocol is curtailing movement of people in and out of Lynn Valley as authorities conduct a detailed investigation to detect other potential cases there and people who could have been exposed to the healthcare worker, Henry said.

In the United States, an outbreak of the coronavirus at a long-term care facility in Kirkland, Washington, has resulted in at least six deaths.

On Thursday, the province said it had what could be Canada’s first case of community spread of the virus, when a woman with no recent travel history was tested positive. 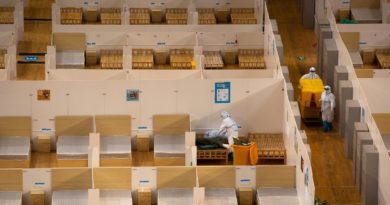