A lot of people said in August that this was a fight no one wanted. The attendance at Tottenham suggested otherwise, but one thing is indisputable: This was a fight that no one needed.

“I needed some rounds,” Fury did claim upon the contest’s conclusion, but that was no excuse for the beating that he delivered to the 38-year-old Chisora, a friend of Fury’s but a man that the WBC champion had already beaten twice.

And the third time was not to be the charm for Chisora, just more harm; the veteran tired, bloodied, swollen and dispirited when the referee mercifully ended this title fight late in Round 10. It was the same juncture at which Fury, 34, had beaten Chisora in 2014, three years after outpointing his fellow Briton.

Fury remains WBC champion and remains unbeaten, but this is a night that he will celebrate alone.

His performance, in fairness, was as impressive as was anticipated, yet against an inferior foe, of course. Fury switched stances and punished the shorter Chisora with uppercuts as the challenger tried to close distance with jabs to the body and overhands to the head.

Chisora did land, on occasion, but Fury seemed unfazed. In contrast, even the more subtle shots from Fury were evidently hurting Chisora, who was on his way to a 13th professional loss here but was at least handsomely paid for this glorified exhibition bout.

As Fury began to land at will in the eighth round, the feeling was that he could stop the fight in the ninth, if he wished. It was in fact one frame later that this one-sided contest came to a relieving end, to the sound of boos from the crowd in London.

Did they want more? The mere suggestion seems incomprehensible. Perhaps it was simply at that point that they realised they had been complicit in a cruel affair.

After the mist had settled, Oleksandr Usyk climbed onto the ring apron to confront Fury.

“P***y!” the Briton shouted at the Ukrainian, whose lips curled into a smile beneath his shark-like eyes.

The unbeaten Usyk, a worthy opponent for Fury, holds the remaining major titles at heavyweight and has to be next for the “Gypsy King”.

The winner of such a bout could call himself undisputed. The only thing undisputed about this night was that it should never have been organised at all. 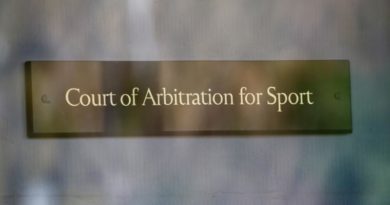 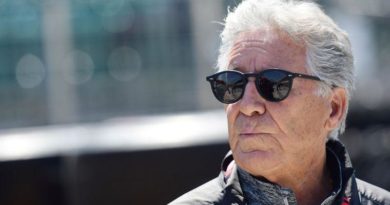 Esports: U.S. great Andretti goes back to being a rookie on Indy oval 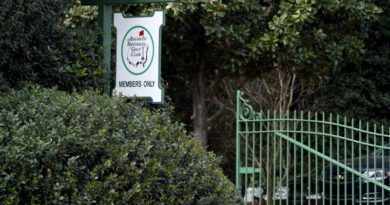