Julie Francis feels stagnant. She has been stuck, quite literally, in her parent’s home in Michigan since May. It isn’t the worst thing in the world, she acknowledges; many people have suffered worse fates in 2020. But for the past few months, the drudgery of the job-search process has exhausted Francis, a Kettering University graduate in electrical engineering. She logs onto Indeed, Glassdoor, and LinkedIn day after day to submit the same résumé and slightly tailored cover letter, crossing her fingers for a response.

“I had no preference. I was applying everywhere,” the 22-year-old, who graduated this year, said. “I kept a list of every company I spoke to, and I applied to over 200 places and interviewed with five.”

To pass the time, Francis got a minimum-wage job at a local apple orchard where she was employed in high school. It was a far departure from her original vision of post-grad life. She had lined up a controls engineering job in March, but when Michigan went under lockdown, the company delayed her start date to April. Then, they changed it to June. The Saturday before Francis’s third reappointed start date, she was notified over email that her offer was rescinded.

“I was confident I’d be able to find a job before the pandemic,” Francis said. “My school has a co-op program, so I graduated with three years of relevant engineering program. That, along with having a decent GPA and being a woman in STEM, made me think I was in a great position.”

Across the country, recent graduates are seeking employment in one of the worst job markets since the Great Depression. The national unemployment rate is 6.7 percent, as of November 2020, compared to a 50-year low of 3.5 percent last November. This number, however, fails to show how devastating the downcast economy is to most Americans, especially for young adults — recent graduates of high school, trade school, or undergraduate and master’s programs — with little or no full-time work experience. The unemployment rate for 15- to 24-year-olds jumped to 27.4 percent in April and has only dropped to 11.7 percent, as of October.

The job hunt varies by region and sector, but according to employed graduates, securing a position often boils down to luck, timing, and a robust professional network. Meanwhile, some of their peers — who hold degrees in nursing, communications, psychology, and engineering, to name a few — are struggling to find decent-paying work in their respective fields, which adversely impacts their student loan payments.

“I’ve been averaging about three to five job applications a day since March, and I’ve only had four interview requests, two of which never got back to me,” said Kyle Arguello, a 24-year-old graduate of the University of New Mexico, who is searching for jobs in academic advising. “I’ve probably applied to around 1,400 positions in the Albuquerque metro area. That number sounds crazy, but that’s pretty much all I’ve been doing.”

Arguello’s anecdote, and that of many others his age, is one of desperation, of realizing that the uncertainty of the present supersedes any five- or 10-year career plans. While there’s a plenitude of online job listings, Arguello said he is either deemed underqualified, competing with candidates with years more experience, or overqualified for entry-level, minimum-wage positions.

According to Michigan State’s Collegiate Employment Research Institute survey of 2,408 employers, a quarter of responders ceased recruitment efforts or rescinded full-time offers to recent graduates. Similarly, about 25 percent of surveyed companies are not planning to recruit from colleges, at least until 2021.

This diminished outlook from employers, which mirrors that of the 2008 recession, can have lasting effects on the next generation of adults. It leads to a phenomenon Georgetown economist Nicole Smith calls “a failure to launch.”

“If you look at a generation ago, by the time people were in their late 20s, you would’ve had your first major job. You were probably making major purchases, like a home or automobile, and getting married to start a family,” Smith told me. “When you create an economy with triple-digit negative growth and double-digit unemployment, it’s much harder for young people to launch careers.”

Smith pointed to the Affordable Care Act’s extension of dependent coverage to 26-year-olds in 2008 as a sign of how young adults are increasingly reliant on their parents. When financial independence is delayed, that adversely affects one’s long-term earnings, student loan payments, and milestones like home or car ownership.

Arguello and his girlfriend have considered leaving New Mexico, since wages there are, on average, lower than in other states. But regardless of where they end up, Arguello is worried that his own “failure to launch” has begun to impact his life trajectory. “Will I ever own a house because right now, the positions I do qualify for barely pay enough to live,” he said. “My girlfriend and I have cried about it. Are we going to have a shot at a life the older generation has?”

“Are we going to have a shot at a life the older generation has?”

The tough labor market puts young adults in a sticky situation, said David Grusky, director of Stanford University’s Center on Poverty and Inequality. Some have no choice but to enter the job market and take a lower-than-average wage, which could diminish their long-term earnings potential. And as a result of starting at a lower wage, there’s a “scarring effect” over time.

“There’s a good body of evidence showing that when you’re entering a job market in a downturn, it’s not just transitory financial damage. It’s enduring,” Grusky told me. “Not everyone has the financial resources or wealth to wait for a better paying job.”

The pandemic-induced recession has not hit all sectors and workers equally. Research has shown that the Great Recession hurt Black college graduates more than their peers, widening already existing racial gaps in unemployment and wealth. With many Americans staying home in 2020, the hospitality and tourism industries, for example, have suffered some of the biggest blows. The pandemic’s job losses are also disproportionately affecting Black and Hispanic low-wage workers, especially women.

But as Covid-19 cases skyrocket across the country, even entry-level jobs in the medical field can be hard to come by. It was an unexpected turn of events for Amanda Pataky, a 22-year-old graduate of Adelphi University’s nursing program, who thought hospitals would allow nurses to bypass their board exams to be put to work.

“As a new grad, you’re at the bottom of the totem pole for a job because hospitals don’t have time to train you since Covid numbers are rising again,” Pataky, who worked as a contract nurse at a New York hospital in April, told me. “The seasoned nurses usually get picked. Some hospitals are also having freezes, and I’ve been told even people employed there couldn’t move to different units.”

Six months after virtual commencement, some unemployed members of the undergraduate class of 2020 are eyeing graduate programs. They’re hopeful that an additional degree will grant them an edge in next year’s recovering job market — and a potential salary boost. Others feel they have no other option, signaling a parallel to the surge of grad school applicants in the aftermath of the 2008 financial crisis.

“Based on what I’ve seen, I’m worried that students will take on more loans, only to re-enter a compromised labor market,” said Grusky of the Center for Poverty and Inequality. Among his chief concerns is how the 2020 recession might exacerbate the wealth gap since 2008, which diminished homeownership rates for Black people and led to significant income decline in low-income communities.

The next generation of young adults – especially those without family wealth – will struggle to reach the materialist milestones, he said, compared to their parents and grandparents. But this delay in independent adulthood could motivate them to envision not just their careers, but social and personal priorities differently.

“The Great Recession was quite the disaster for student debt,” Grusky added. “It was troubling that when students got out of graduate school, they couldn’t find jobs that paid enough to pay off their debt.”

However, most young adults have little choice but to focus on the present and the potential benefits of an additional degree. Matt Duffy, a University of Florida graduate student, is optimistic that the extra year of schooling will help define his career path. “I’m trying to take a look at the options available to me and realizing that the traditional path is out the window,” Duffy, 22, told me. “If I’m not able to get a job because places aren’t hiring, I need to figure out how to survive.”

Through a recent class assignment, he has cultivated a Facebook community with more than 100,000 members called Born Zillennial, as a space for young adults born in the mid to late 1990s. The page’s sudden growth, primarily driven by his TikTok promotion, inspired Duffy to rethink how he can monetize his digital skills.

“Before this class, I didn’t even know what a community leader was,” he said. “Now with the group growing and the skills I’m learning in this course, I’m realizing how a community leader can be a job. I could start making money off the page somehow, maybe do some consulting, and bring value into the group.”

While the job prospects for young adults seem uniquely bleak, the current economic circumstances, while exhausting, have sparked a mutual understanding. Many are growing comfortable with shirking the idea of a “dream job” and are opting to take on work that pays the bills. “We’re all in this together,” Duffy said of the sentiments expressed on the Born Zillennial Facebook group. “Time will tell if it’s an advantage or disadvantage that we start our careers not knowing what ‘normal’ used to be.”

Will you help keep Vox free for all?

There is tremendous power in understanding. Vox answers your most important questions and gives you clear information to help make sense of an increasingly chaotic world. A financial contribution to Vox will help us continue providing free explanatory journalism to the millions who are relying on us. Please consider making a contribution to Vox today, from as little as $3. 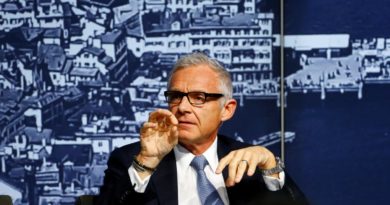 Hurricane Dorian Relief: how to give effectively 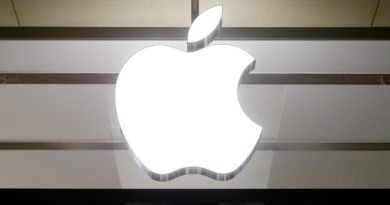