A doctored photo of a student standing with Dr Martin Luther King, and a message refering to a racial slur, was somehow included in a Georgia high school’s yearbook, to the confusion and horror of the school’s staff.

The photo shows a student standing next to a smiling Martin Luther King, Jr, who has been photoshopped in and whose hand rests on the student’s shoulder. The student is holding a binder with a piece of paper on top that says “Official n-word Pass”.

According to WSB-TV 2 Atlanta, the school principal sent out a letter apologising to parents that the image made it into the yearbook.

The principal said the school was committed to determining how the photo made it into the yearbook.

“This is unacceptable, and we are currently investigating to determine who submitted this photo and how our processes did not address this before it went to print,” Kerensa Wing, the school’s principal, said in the letter.

According to the school, the photo was submitted to the yearbook’s staff in lieu of a traditional school photo, and was apparently not rejected by the editors.

“As these photos were not available​, the yearbook company replaced those pages with senior selfies that had been submitted,” Ms Wing said.

One of the school’s graduating seniors, Aaliyah Williams, said she was excited to pick up her yearbook, but was dismayed when she saw the photo.

“I’m excited for the yearbook. I get to see all the exciting memories and I open the book and I see this. And it’s like, wow! It hurts me to the core,” Ms Williams said. “Of everything that’s going on right now, that shouldn’t be a joke. It shouldn’t be a joke right now. It’s nothing to play around with.”

The photo comes as the nation is embroiled in the third week of George Floyd protests aimed at curbing systemic racism and police brutality.

“Her senior year she’s already had enough to deal with. I’m offended. I’m offended only because who allowed it to get out? Where was your committee? I understand there are students on the committee but there are adults and teachers over the committee,” Kavanti White, the student’s parent, said. “”When I looked at it, I thought, ‘Oh my God. This is real?’ This is, like, people take out the time to do this and think it’s a joke.”

The school has not yet determined whether the student in the photo submitted the doctored photo or if the photo was later altered without the student’s knowledge or consent.

On Thursday, Ms Wing sent out a second letter, informing parents that the yearbooks were being recalled and reprinted without the image.

“As a first step in rebuilding that trust, we are going to print new revised yearbooks, replacing this photo. Although we were presented with other options initially, we decided this was the right thing to do. As a result, we are calling for an immediate recall of ALL 2020 yearbooks that have been distributed,” Ms Wing said in the letter.

“We also will be reviewing all of our yearbook processes — from the submission of photos to final proofing — to ensure this does not occur again.” 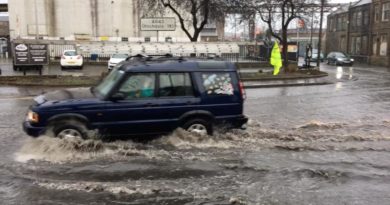 How Biden aims to revive the NSC Trump let atrophy