More than a million cats are killed in Vietnam for their meat every year in a secretive, brutal and growing trade that risks spreading diseases to humans, an undercover investigation has found.

Pets and strays are stolen from the streets and even from people’s homes, trafficked across the country without food or water, and slaughtered in unsanitary and agonising ways, according to campaigners.

Thieves have even clashed violently with cat owners, and in some cases have been reportedly killed in brawls.

The animals may be drowned, bludgeoned with a hammer, boiled alive or electrocuted, investigators for the Four Paws animal welfare organisation said. Their findings are based on months’ worth of surveillance of holding areas, traffickers and restaurants, and speaking to traders.

A live cat is sold for around £5 a kg, and 1kg of raw meat costs £6.50. Restaurants offer dishes prepared with cat meat for about £5, the research found.

Four Paws and the UK-based Change For Animals Foundation, which collaborated on the research, say cat meat dishes, known as “Little Tiger”, are growing in popularity despite increasing pet ownership in Vietnam.

In January, a ban on slaughtering cats was scrapped, leading to a surge in demand for cat meat. It is especially popular in the north but is spreading south, as far as Ho Chi Minh City, the investigation found.

Earlier this year The Independent revealed how sales of dog and cat meat had risen in Vietnam and Cambodia since the outbreak of the coronavirus, because people believe it has “warming” properties that head off flu viruses.

Some restaurants buy animals directly from thieves and slaughter them on site, but most buy from wholesalers or slaughterhouses, according to the researchers. They believe the coastal tourist resorts of Da Nang and Hoi An in central Vietnam are hot spots for cat thefts.

“At the wholesalers we discovered many cats with collars — a clear sign that they were pets. During our research, we also met many pet owners who were desperately looking for their stolen cats,” said Katherine Polak, a Four Paws expert and vet in Southeast Asia.

“Authorities usually turn a blind eye because they are often involved in the trade, either profiting from bribes or are consumers themselves.”

Lola Webber, co-founder of Change For Animals Foundation, said: “In holding areas, wholesalers keep cats crammed into cages for days until they have enough to cover transport costs.

“Over hundreds of kilometres the cats are transported without water, food and sufficient ventilation to slaughterhouses scattered throughout Vietnam. Some wholesalers even use luggage compartments on regular passenger buses for the trafficking.”

Up to 200 cats have been seen in cages on buses.

Many cats die of exhaustion, heat stroke, dehydration or injuries caused by their capture and transportation. After they are inhumanely killed, their fur is removed and the skin burned, before the carcasses are gutted and frozen.

Slaughterhouses are a perfect breeding ground for new diseases to emerge that could infect humans, with potentially catastrophic results, the campaigners say.

“Practices used in the cat meat trade could also potentially lead to the outbreak of zoonotic diseases, as we have seen with Covid-19, due to insanitary conditions, brutal and unhygienic treatment of animals, multi-species transport, holding and slaughtering facilities, and cross-border transportation and handling,” said Dr Polak.

She said younger generations consider cat meat an exotic delicacy, but for older people, consumption is usually linked to customs, superstition and the lunar calendar. “Some locals are convinced that eating cat meat repels bad luck. Others eat it, especially from black cats, because they believe it has healing effects, although there is no scientific evidence for this.”

The investigations identified northerly Hanoi and the Thai Binh province, with high numbers of restaurants, as popular places for eating the meat.

“We also know that many cats, often pre-killed and frozen, are coming in from Southern China as the cat population is decimated in Hanoi due to the trade,” Dr Polak said.

“While the consumption of dog meat in Asia is increasingly being discussed in public, the equally brutal cat meat trade is still relatively unknown.”

Two months ago a couple accused of poisoning dozens of pet dogs and cats with cyanide so that they could be butchered were arrested and charged with theft.

Four Paws and Change For Animals are calling on the Vietnamese government to reinstate the ban and strengthen laws to stop pet thefts.

Trump tweets more than 100 times in one day as coronavirus death toll nears 80,000 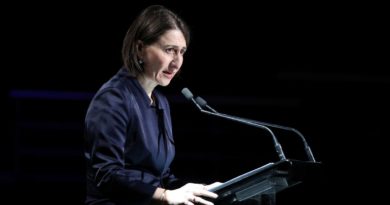 Australia to promise wage subsidies in bid to shelter economy from coronavirus: sources