Twenty-four members of a wedding party have died after the bus carrying them veered off a road and plunged into a river in western India.

The tragedy occurred in the town of Lekhari, in Rajasthan state on Wednesday morning on the Kota-Lalsot highway when the driver lost control of the vehicle after a tyre burst on a bridge without railings over the Mej River.

Among those killed were 10 women and three children, reported the Times of India. Five survivors were taken to hospital in Lekhari and Kota, a city in the same state.

LN Soni, Divisional Commissioner of Kota, said: “The small bus carrying around 29 wedding guests of a local village lost control on the bridge and fell in the Mej River.”

The victims were reportedly on their way to a wedding ceremony in Sawai Madhopur, another city in Rajasthan, and were carrying gifts for the bride.

The Chief Minister of Rajasthan state, Ashok Gehlot, said: “I am deeply saddened to learn about the tragic accident in Bundi in which 24 people have lost lives after the bus fell into river Mej.

“My heartfelt condolences to the bereaved families who have lost their loved ones in this tragedy. I wish speedy recovery to all injured.”

Sukhbir Jaunapuria, an MP for Sawai Madhopur, also tweeted his condolences and said: “In Lakheri, a large number of people were injured after a bus fell in the river and [my] mind is very distressed after hearing the news of the accidental deaths.

“I express my deepest condolences to the bereaved families of the deceased in this painful accident. Om Shanti.”

Reckless driving, overcrowded and poorly maintained vehicles, and roads in bad condition often lead to fatal bus accidents in India, where traffic collisions are a major source of deaths and injuries each year.

A total of 178,832 people died as a result of traffic accidents in 2018 alone, according to data from the National Crime Records Bureau.

In 2011, 25 wedding guests died after their bus plunged into a river in the north-eastern state of Assam after a wooden bridge it was crossing collapsed into the water below. 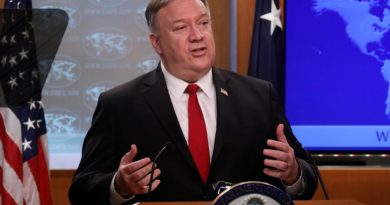